@Chaitanya Kukde • 16 Feb, 2014 • 3 likes
ISRO has unveiled a space capsule for astronauts for the very first time. After the Mars mission, the ISRO has focussed its attention to putting a human into space. This move by ISRO is a baby step towards their mission of flying Indian astronauts into space. GSLV Mark III is the scheduled launch vehicle for this human space capsule. It is powered by the indigenously developed cryogenic engines. Mark III will be tested in around mid-2014 for the first time from ISRO's testing centre at Sriharikota. The space capsule will also be put into the sub-orbital spaceflight by the rocket, albeit without any animals or humans. The re-entry and the flight dynamics will be checked and the capsule will be recovered 400-500 Kilometres off of Port Blair in the Bay of Bengal, ISRO Chairman K Radhakrishnan said. 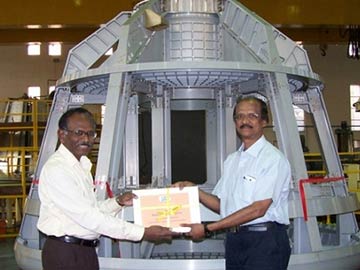 On behalf of HAL, quality documents were handed over by Dr. Jeyakar Vedamanickam, GM, Aerospace Division, HAL (left) to Shri John. P. Zachariah, Director (R&D), VSSC in the backdrop of the Crew Module Structure. (Photo credit: HAL)
​
ISRO is seeking a funding of Rs. 12,500 crores for this project. An Indian astronaut therefore can be expected to be in space in seven years from the time the government approves it. This capsule can be used for 7-day missions in the lower earth orbit for 2-3 astronauts. A low Earth orbit (LEO) is an orbit with an altitude between 160 kilometers (99 mi), with a period of about 88 minutes, and 2,000 kilometers (1,200 mi), with a period of about 127 minutes. The work on the space capsule has already begun with the HAL (Hindustan Aeronautics Limited) handing over the outer skeleton of the capsule to ISRO. The first Crew Module will be equipped with essential systems like the ones required for crew support, navigation, guidance and control. The capsule will weigh about 3 tonnes. Previously, ISRO had launched and recovered a 550 Kg capsule in January 2007. 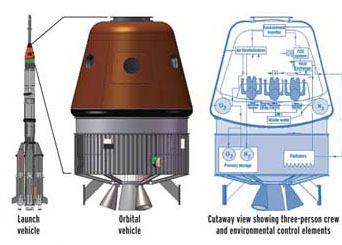 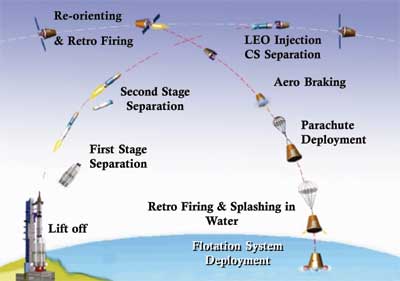 Credits: Wikipedia​
Dr RK Tyagi, Chairman, HAL, said that HAL was proud to be a part of India's space program. HAL has also fabricated the outer part of capsule in a record time, he added. Till today, only USA, Russia and China have been successful in flowing astronauts into space,with China being the newest entrant in 2003. Indian Government has been hesitant to clear to the Rs. 12,500 crore budget ISRO requires. However, it has sanctioned Rs. 145 Crores to ensure that delays due to fund crunches are avoided. In February, 2009 the Government of India gave the green signal for the Manned Space flight Program due to launch in 2016. In spring 2009 the full-scale mock-up of crew capsule of OV was built and delivered to Satish Dhawan Space Centre for training of astronauts.

"Honesty is the best policy." This sentence is one of those sentences being taught since our childhood but hardly 1/10 implements it. The question is in the present world of...
4.4k views
Read More →
Archives

Okay, this is not an easy one. Identify the following logo - Source: Welcome to Flickr - Photo Sharing
4.3k views
Read More →
Archives

How to change Test centre of TCS

I have applied for tcs and selected my test centre as chandigarh but now i want to change it to Delhi. How can i do that. Please help me out...
8.6k views
Read More →
Archives