2. Free electrons and holes are generated in pairs. Thus concentration of holes is equal to that of electrons.

3. At absolute zero temperature (-273°C), the intrinsic semiconductor, all the electrons are tightly held by their atoms. With increase in temperature the electrons break in through the atoms, and move from valence band to conduction. 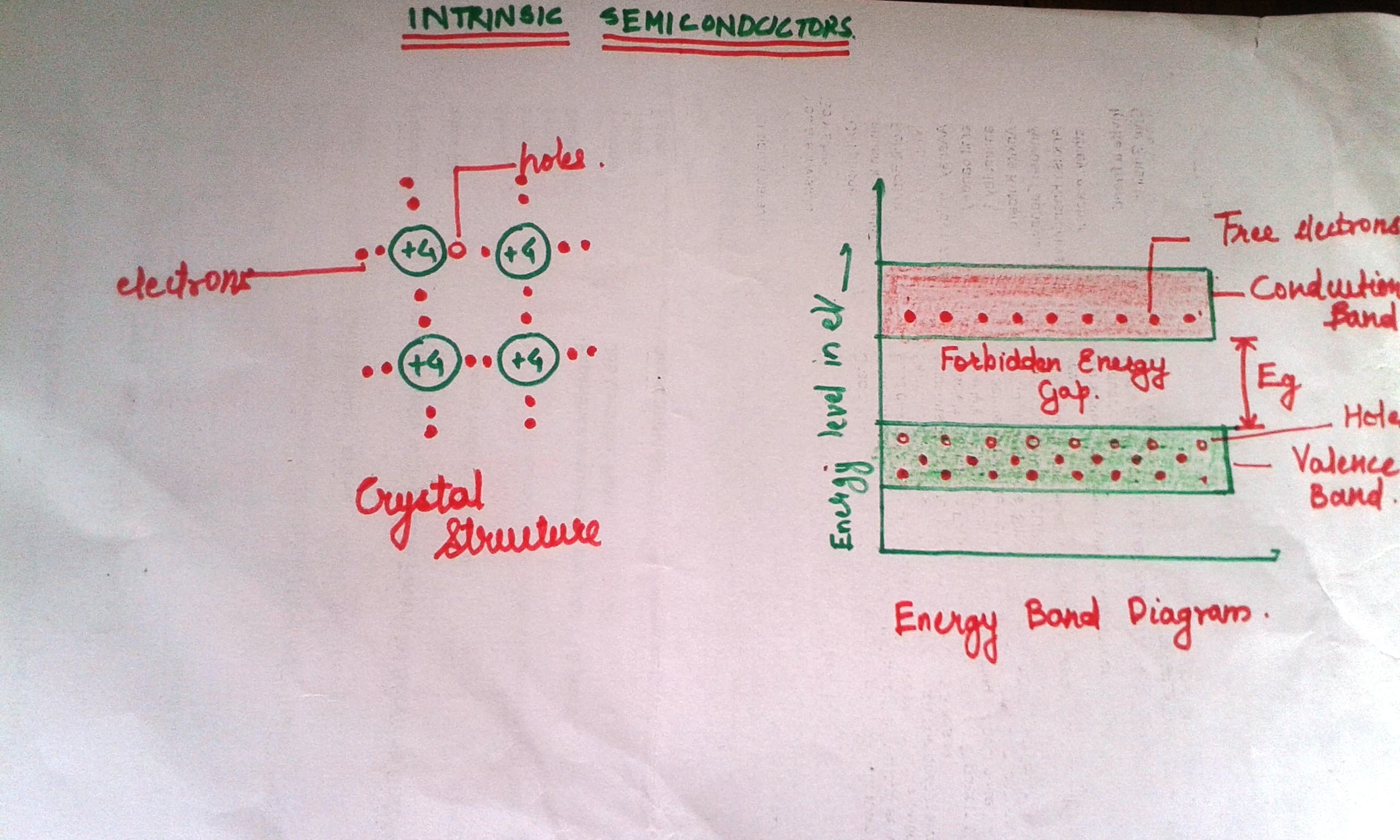 2. The material that is added to it is called doped material. Germanium or silicon is tetravalent. (4 electrons in the outermost orbit). So either a pentavalent or trivalent impurity can be added to it.

3. It has high conductivity as compared to that of intrinsic semiconductor even at room temperature .

4. According to the added impurity they are classified as:

a. Donor type or N-type

b. Accepter type or P-type

3. So one electrons is left enters into the conduction band as a free electron. So negative charge. Thus N-type

4. Number of holes is small as compared to the number of electrons. 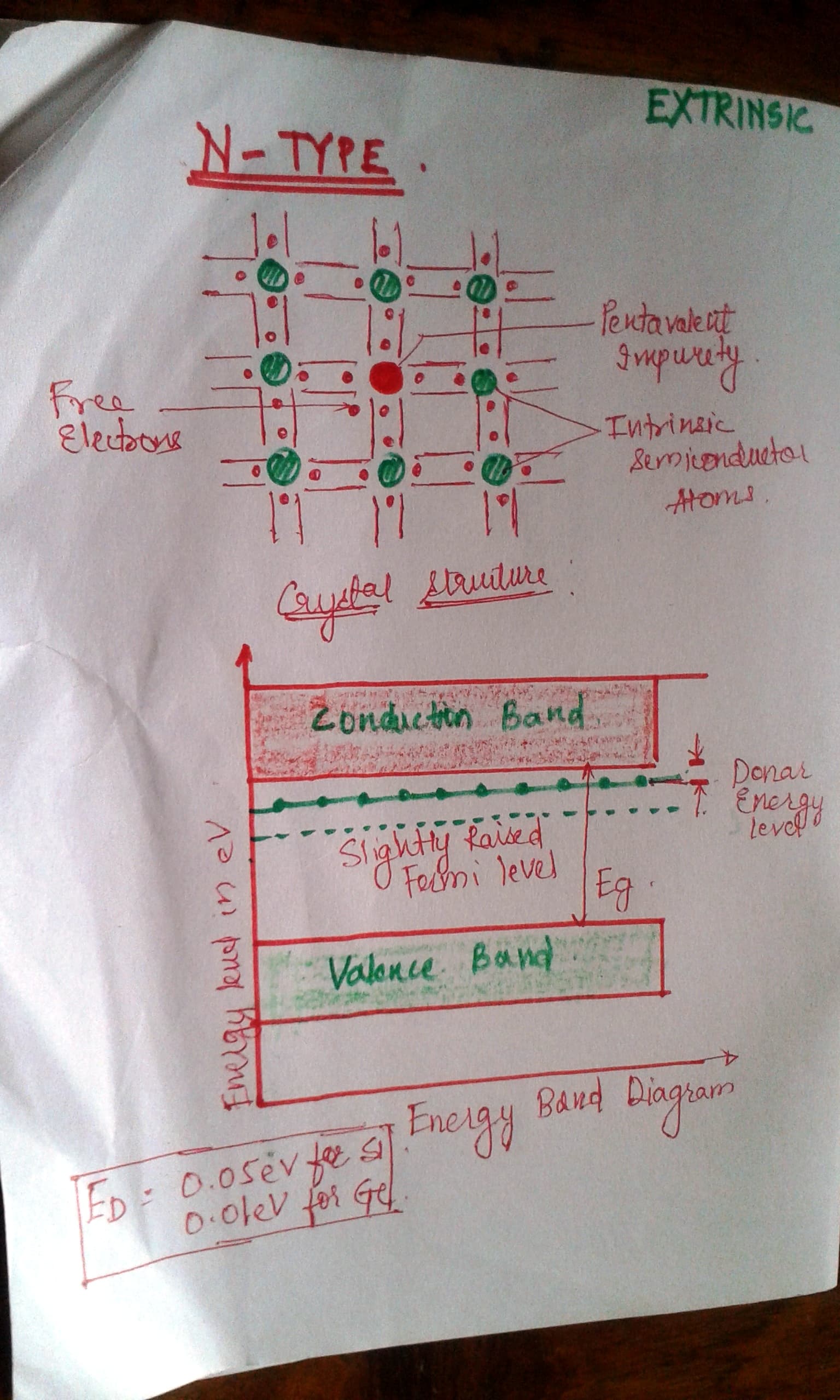 3. So three electrons get combined and one hole is left. Thus positive charge. Therefore P-type. 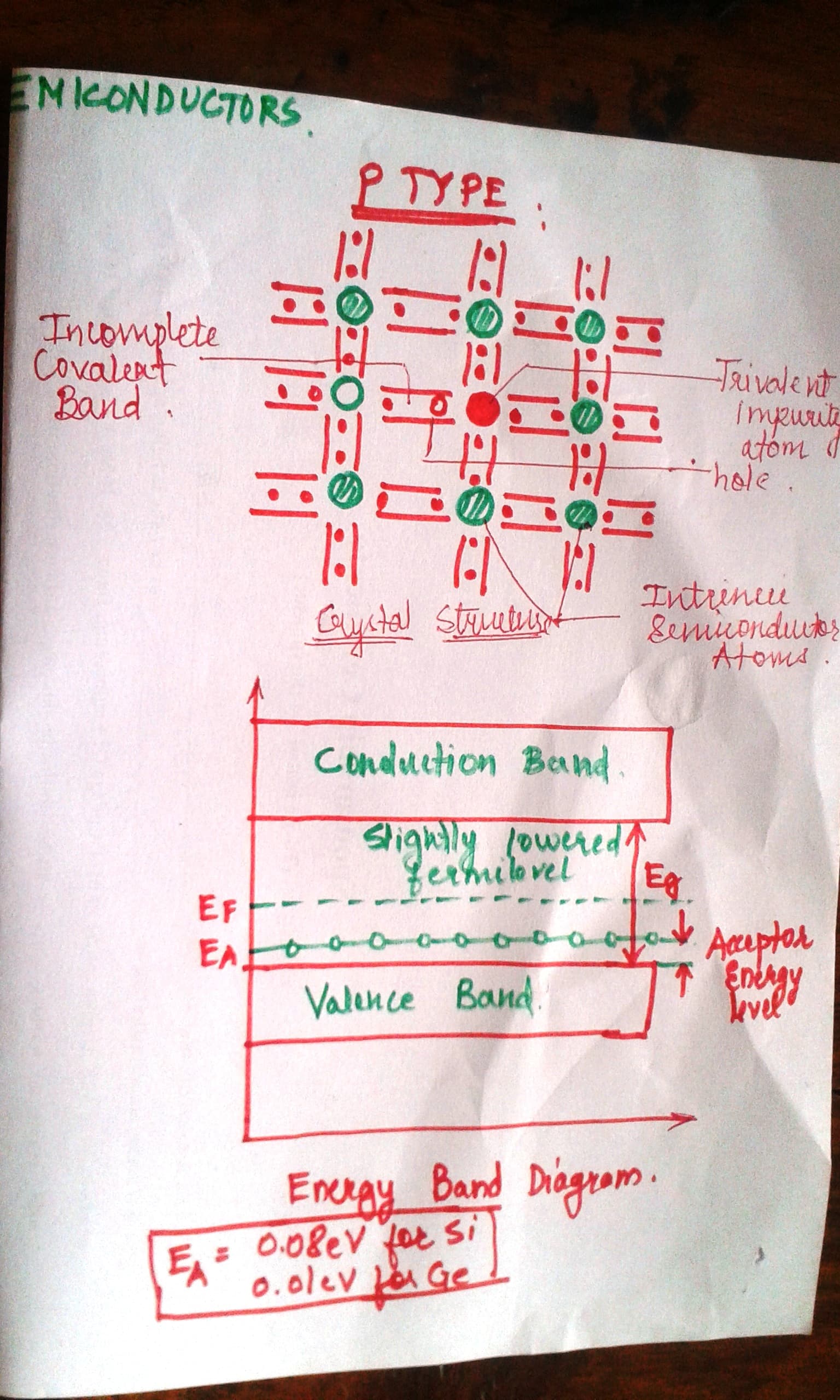 Q. There are many semiconducting materials, they why mostly Si and Ge is used?

-> because the energy require to break the covalent bonds of Ge and Si is small as compared to other semiconductors. i.e Ge=0.72 eV and Si=1.12 ev.

-> they have same crystal structure.
@ambrish gautam • 14 Apr, 2016 There may be some reason to do so,
si is easy to get, and able in earth. we can get sio2 easily from si. si has min leakage current, we can use si in high temperature.
due to above we use si.
but parrallely there is one disadvantages of using si that is si has less conductivity so we go for Ge.
but now a day we using GeAs as semiconductor material, but it's very expensive and has the property of negative differential mobility. and this complex material loss energy in the form of light so GeAs usually use in led.
Inp is being in use for led diode purpose.
@Abhishek Yadav • 11 Oct, 2018 • 1 like

Can semiconductor have +ve temperature coefficient?