@Kaustubh Katdare • 02 Jul, 2013 • 2 likes
India's first ever blast, flood, earthquake proof building will be ready by 2014 to protect all your 'AADHAAR' information, reports TOI. The data center being built at Bangalore will host all the servers that will carry your digital information including , Iris scans, fingerprints etc. The Government of India is ensuring that the data remains intact at all the costs and has employed Engineers India Limited (EIL) to construct the building near Tata Nagar Main Road, NH-4. EIL engineers have said that the building is blast proof with category 'C' rating. Some really impressive civil and structural engineering being implemented at UIDAI's data center.

The main aim is to protect the data of Indian citizens collected through the AADHAAR card scheme. The data storage won't be affected in case of explosions as the servers will be guarded by 500 mm thick walls. No other building in Bangalore has such a strong structure, it seems. 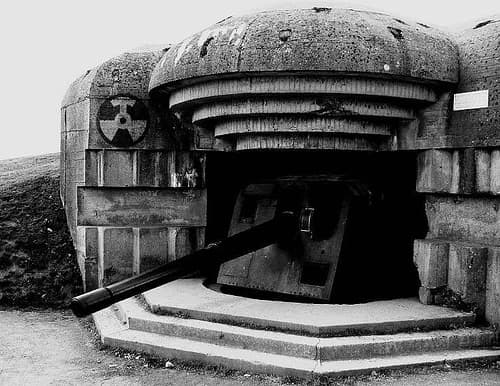 ​
Just a representation. Not the actual construction. ​

The building is capable of withstanding floods and earthquakes as well. Bangalore comes under Zone-II on the Earth-Quake sensitivity scale but the building built by Engineers India Limited is for the next 'Zone-III' level earthquakes. In order to protect the servers from floods, the building is being constructed at a height of 2.1 meters from the road level.

UIDAI's Ashok Dalwai informed the media that the shell of the building is now under Wipro Infotech's control, which is responsible for building the data center. The building is in compliance with all the environmental norms.

It's expected that the UIDAI data center in Bangalore will be functional by March 30, 2014. Once fully operational, it will be capable of storing about 6 Pb (=49152 Terabytes) of data. It's estimated that the overall data of 120 Cr+ Indians would amount to over 12 Pb of data which would include individual demographic and biometric data.

With that we'd like to leave a question for the readers: What do you think about government's initiatives on AADHAAR and spending hundreds of crores of rupees on ensuring security. We're not sure who the Government is trying to protect the data from; because other countries already have the access to a lot of information through communication networks. Your thoughts, please?
@Sarathkumar Chandrasekaran • 02 Jul, 2013 very Impressive measure by India.
As aadhaar has all details including fingerprints,retina details,and some important sensitive details I will support the measure by India.India is advancing in technical arena with each and every step.Indians adapt very quickly to the technology which I found productive.And thats why India is one of the largest consumer in world.
@Jeffrey Arulraj • 02 Jul, 2013 Aadhar info can be safe guarded from all sorts of natural calamities But who will protect it from the rats who are or who will be working inside the firm😕

Anyways in the Engineers point of view this building is an engineering marvel I would say
@Kaustubh Katdare • 02 Jul, 2013 I think the Government will spend a few crores on scanning the brains of employees every day before the leave office premises 😉
@lovebox • 02 Jul, 2013

And perhaps at this attempt they will get a message: "Access denied ! Data transfer to 'Uncle Sam' in progress.." 😉.
Are they planning a missile defence shield for the building as well?..
Just kidding. Not meant to offend anyone.
@Sanyam Khurana • 03 Jul, 2013 Wow, That's incredible..!! Seeing the incident in Utrakhand, these buildings will be very good.

But then we know how IT is rising, and no one can secure the official data from hackers, and as Conqueror said, what about RATS working inside the firm itself..

Government may spend crores of Rupees, but they will succeed only when they actually want to...
@Sanoj Rajan • 03 Jul, 2013 It would take atleast a century, for us (or our grand children) to use it, just as the security number being used in Uncle Sam's soil.

But, given that the current AADHAR CARD doesn't have any information about my Driving License, PAN card, Bank A/C details, Passport, etc (If u search my FB profile, you'll get more details than these 😁 ), they'll soon come up with AADHAR 2.0 !! 😁
@Gurkirat Singh • 03 Jul, 2013 an inception indeed...gud to know my finger prints will be safe in a blast proof building! 😁
@Anil Jain • 03 Jul, 2013 They can plan to make the building flood proof (actually ideally that is also not possible by elevating it to 2.1 mt, do they have plans to save it from tsunami?)

Earthquake.. 😀 Bangalore is in Zone 2, and they are making a Zone 3. Not a big deal. In today's world at many places we have +1 safe one building.

Blast proof - Umm, now that's interesting. No where I have seen that what level of blast this can withstand? I am sure it can not take any level, and if to a certain level only, is it really safe? I am sure the terrorist are so advanced that the moment they will come to know about the threshold they would plan well above that.
So, per me this is merely a hype creating aspect for the building.
Right? Does that make sense?

crazyboy
I am sure the terrorist are so advanced that the moment they will come to know about the threshold the blast they would plan would be above that.
-CB

I dont think they will waste their time trying to blast through. They will probably infiltrate the building by placing an inside man, then opening the door from inside.
@Anil Jain • 03 Jul, 2013

ash
I dont think they will waste their time trying to blast through. They will probably infiltrate the building by placing an inside man, then opening the door from inside.

Absolutely agreed.
Then what is the point in spending millions of dollars on a hyped building that's good for nothing?

crazyboy
Absolutely agreed.
Then what is the point in spending millions of dollars on a hyped building that's good for nothing?

Indians love publicity!!!
@Kaustubh Katdare • 03 Jul, 2013 I'm wondering why don't they just store all of that information in Amazon S3? The Indian government seems to be approving all of NSA actions anyway 😉 .
@AbhinavS • 04 Jul, 2013 All the money that must have been wasted building this structure could have been diverted towards the victims of Uttarakhand Tragedy. Aadhar Card is in no sense a support for us. Indian Government tried something new and failed again. 👎
@KSS Manian • 11 Jul, 2013 If we are going to construct this building in india. Then it must be a "Theft Proof" building rather than "blast proof".
6.2k views

An MCA fresher who became CEO of TCS

Just read an article, and thought of sharing it! It's very old, but is gold!!!A business degree is not always necessary to run a huge empire. This is a proven...
3.9k views
Read More →
Archives

Hi, I am a Mechanical Engg student at Rpsit, Patna. I wantt to do internship or vt at Tata Motors or Ashok Leyland. How should I apply? Kindly help me...
6.3k views
Read More →
Archives

TeLEOS-1 is the first commercial remote sensing satellite being developed by Singapore Technologies Electronics Limited (ST Electronics) to be launched in 2015. It has come to light that for the...
10.2k views
Read More →
Archives

Can Anyone please suggest me some good topics for making a major project in Electrical Engg.. please reply friends,, Any help is appreciated...
8.7k views
Read More →
Archives