Debasmita Banerjee · Oct 13, 2016
Rank B3 - LEADER
While the latest year’s second-half flagship device from Chinese consumer electronics company Huawei is accepting the final touches in the greenroom, there’s no harm to have a sneak peek! Mate 9 – that’s how they call this smartphone to be launched in Munich, Germany on November 3. Interestingly rumors have been doing the rounds that the phone will sport a curved display, an artful attempt to demolish the leftover Samsung Note 7 – is it? Time will tell the tale. For now, we have a clue that Mate 9 will have some eye-catching similarities with the disputed Note 7. Also, strikingly gaining more attention, the device will feature extra services.

Focusing on the body, information falls short to announce exact specifications but this is where your eyes can compare Note 7 with this upcoming product. It’s a phablet and it will be offered in two variants. Display wise, Mate 9’s IPS-NEO LCD multi-touch capacitive touchscreen will inherit a size of 5.9 inches with 16 M color gamut. Sporting a resolution of 1080 x 1920 pixels, the screen will be secured with the guarantee of Corning Gorilla Glass 4. 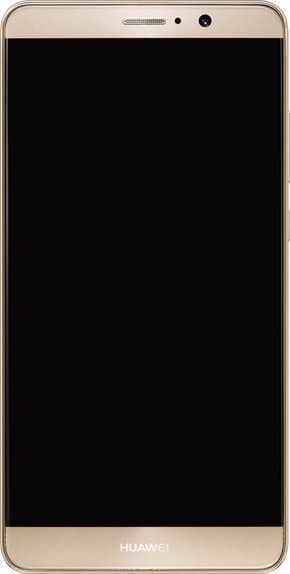 Huawei Mate 9​
Being a camera-centric phone, this gadget has adopted Huawei P9 dual rear lens ensemble but with upgraded lens-sensor combo having f/2.0 and 20 MP in its store. In front, expectedly you will see an 8 MP selfie camera. All total the package includes important photography requirements. Just before I jump into anything else, keep in mind that the phone will probably be clubbed with a non-removable Li-Po battery.

Coming up next – storage, the phone will be offered in 64 GB and 128 GB and both will have a surplus of 256 GB if you prefer to add one microSD card. The phone is powered by an Octa-core Cortex- A53 with chipset Hisilicon Kirin 960 clocked at 2.6 GHz. Skillfully, the 64GB storage option will come up with a 4 GB RAM while 128 GB will be coupled with a 6 GB RAM. The device will run on Android Nougat v7.0.

Talking about its connectivity, Mate 9 will feature standard Wi-Fi 802.11 a/b/g/n/ac, Hotspot, Bluetooth v4.2 and USB Type-C 1.0 reversible connector with fast charging option. The phone will show a dual SIM slot and will be offered in White, Gold, Graphite, Brown, Pink, Black variants. Price? Let’s just speculate the amount without officially realizing it before the launch date.