Kaustubh Katdare · Jul 26, 2013
Rank A1 - PRO
The modern cars rely on on-board computers and electronics systems. On-board computers have been mandatory in all the US vehicles since 1996 and now hackers have set their eyes on the new target - your automobile. The car-hacking researchers say that the computer geeks have been able to get access to any car's security system in just a few minutes and alter the security systems. Chris Valasek, director of security intelligence at IOActive says that vulnerabilities found on car's on-board computers have allowed them to take full control of braking. 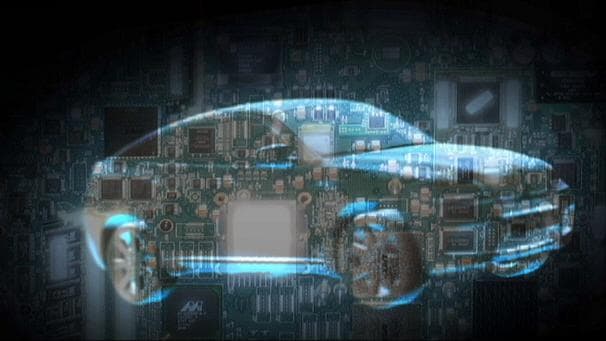 Valasek said that during their experiments, they could disengage the brakes of the automobile so that if you were going slow and pressed the brakes, the brakes won't work. They could also turn the headlamps on & off automatically and even honk the horn. "We had control of many aspects of the automobile," he said.

Valasek along with Charlie Miller, a security engineer at Twitter has been working with United States Defense Advance Research Projects Agency (DARPA) on the car security systems projects. The duo were able to hack test vehicle's steering by taking control of the 'park assist' feature, which makes sure that the vehicle moves slowly during reverse. All the team needed was a very brief moment of physical access to the system to get complete control of it. They could reprogram the car's entire onboard computer in just a few seconds.

Valasek said that his project looked at overwriting the software code in the vehicle's computers, which could lead to more damaging consequences. The duo will present their research work at the Def Con - an annual gathering of hackers and security professionals in Las Vegas, USA.

Via: Phys.org Posted in: #Hacking and Security
0 Likes
@ A2A Reply

Sarathkumar Chandrasekaran · Jul 26, 2013
Rank A2 - PRO
An alarming news for autotech lovers.We use new technology to improve security but if it fails then nothing can be done.I really want a onboard control to have both tech+manual usage.If manual fails one should be able to control the car by manual.
We cant rely on tech completely.
Does CEans agree with this?¿
0 Likes

CSK AUTO
An alarming news for autotech lovers.We use new technology to improve security but if it fails then nothing can be done.I really want a onboard control to have both tech+manual usage.If manual automatic fails one should be able to control the car by manual.
We cant rely on tech completely.
Does CEans agree with this?¿

Agreed! It's a potential threat to ride a car which is run by computers. The real live simulations are not very much capable of assessing unpredictable errors that could happen on the roads and thus always a manual control should overrule the automatic control.