Ankita Katdare · Jun 29, 2013
Rank A1 - PRO
Google Inc's new headquarters is a giant groundscraper coming up at King's Cross in London, UK. This HQ stretches 330m in length and includes one building rising to 11 storey - as shared by AHMM, who has submitted its plans for the construction of the same to Google. This low-rise non-skyscraper is set to house Google's London staff under one roof when it gets ready in late 2016 or early 2017. Spanning one million square feet space, this scheme exceeds the height of Shard, which happens to be western Europe's tallest skyscraper. Simon Allford, director of Allford Hall Monaghan Morris (AHMM), said: "This building is underpinned by cutting edge design intelligence and technologies to provide a sophisticated twenty first century working environment for Google’s staff. "The architectural approach, which has taken inspiration from King’s Cross and St Pancras International railway stations, complements the local area’s strong industrial heritage and will be a building London can be proud of."

It has come to reports that Google has spent about 650 million pounds to buy and develop the 2.4-acre site and the finished development will be worth up to one billion pounds. Construction may begin early next year subject to planning approval and it will be one of Google's largest offices outside its so-called Googleplex corporate headquarters in Mountain View, California. The building has been designed to encourage walking between floors and a large proportion of the roof area will be dedicated to gardens. Much of the internal structure will be constructed using steel framing with cross laminated timber panels - a first for a contemporary building of this scale. The aspiration is to achieve Breeam ‘Outstanding’ and Leed ‘Platinum’ ratings and deliver an overall carbon saving of 40%. 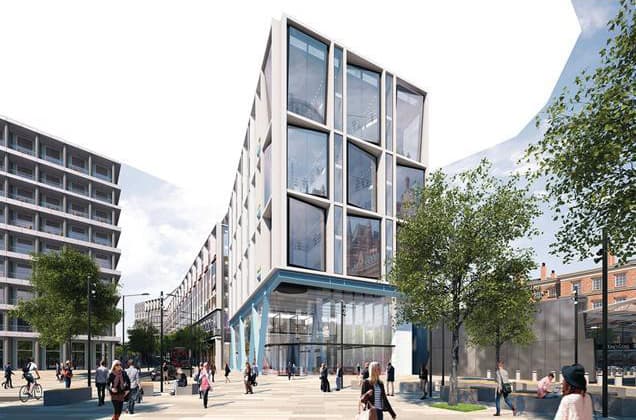 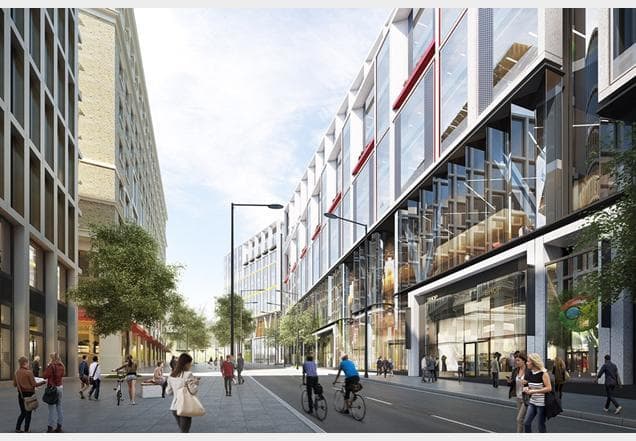 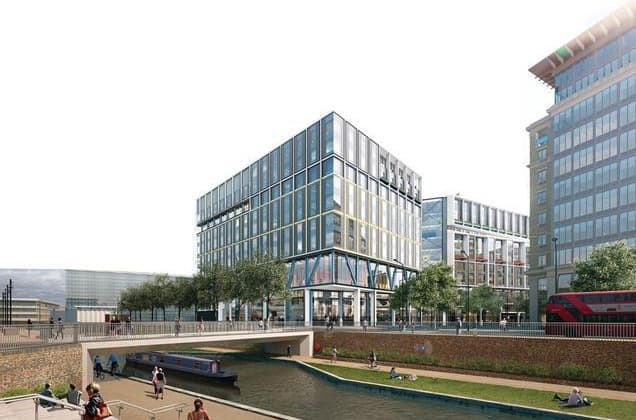 The all new Google HQ in London is likely to feature a 20,000 square feet area for bike parking, about the size of seven tennis courts, and a climbing wall between floors, a source close to the project told Reuters. Any of the Google fans would tell you how awesome Google offices are - especially for the perks like gourmet food, bowling alleys, roof gardens, high-tech gyms and on-site medical staff and massages. Designers say the building pays homage to the industrial history of the local area, including steel columns, pre-cast concrete panels and low-iron glass. Bolder colours will be introduced through painted steelwork taking inspiration from metalwork at St Pancras International, they added. The building has been designed by architects Allford Hall Monaghan Morris. Director Simon Allford said: "The architectural approach, which has taken inspiration from King's Cross and St Pancras International railway stations, complements the local area's strong industrial heritage and will be a building London can be proud of."

What do we have to say for sure? It's that the Google employees in UK are going to get the best and the brightest place in near future. The pictures shared are indeed impressive. We can't wait to see what would lie inside. What do you people think?

Ankita Katdare · Jun 29, 2013
Rank A1 - PRO
This is Google's first purpose built office in the world. And Looks like we have a video of the insides already! Shared by CNET -