​
The password-protected buying, however, is not the only new feature. The update, i.e., Google Play Store version 4.6.16, will have a few cosmetic changes and the "Bulk Install" option. The settings and menu buttons have been relocated to the pull-out sidebar and the "Auto-add widgets" button has been renamed to "Add Icon To Homescreen", which seems more helpful.

The 'Bulk Install' option allows a user to install apps from the 'My Apps' section in bulk rather than one by one. This will particularly be useful if the user migrates to a new Android phone or in case of a factory reset or in case when a user has replaced the old ROM with a new one (especially for modders).

The update has come up a bit late, but is helpful nevertheless. Maybe, the reason behind the update was the lawsuit case against Google by a woman whose 5 year old child made in-app purchases worth $66 for a game. Thus the update may come as a relief for parents who allow their phones to be used by their toddlers. Apple was slapped with a fine of $32.5 Million and had to pay $ 5 Million to settle a similar case against it in January and fixed the issue in the iOS 7.1 update.

Like all the updates, this too won't be available to every Android user simultaneously. If not done already, expect your Android devices asking for a Play Store update in the next 2-3 days. 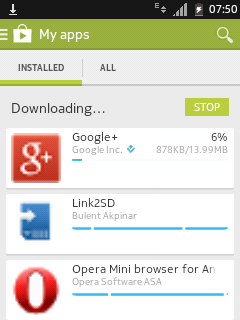 Am I missing something ? 😳
0 Likes

Aditya Deshmukh
Fun fact: about 62% of user have never spent more than $1 for an app.... on Google play store.

Ankita Katdare
I am one of those. 👀

Me too, but that's because Google Wallet doesn't accept my debit card and I have to endup using cracked software =/
I found this : https://www.razzil.com/axis-bank-visa-debit-card-google-wallet-issue.html
What a loss for Google!
0 Likes