@Ankita Katdare • 15 May, 2013 • 2 likes
If you're done waiting for the official launch, here's the news that will cheer you up. Google fans, now you can pre-order the Google Nexus 4 smartphone from Flipkart at a price of Rs. 25,990/-.
Just when we are done covering all the scoop from Google I/O Conference at San Francisco, the news of 16GB model of Nexus 4 being listed on Flipkart, a rather popular online store in India has brought nothing but merriment. Do take a note that Google or LG hasn't officially confirmed the launch of Nexus 4 in Indian Market. But still, if you're already heading over to the store to buy this gadget for yourself, but want to take a good look at the specs, here's a little all-you-want-to-know.

With Google Nexus 4, users will be glued to a 4.7-inch HD display that has a 1280x768 resolution, Gesture Support and is Scratch Resistant thank to Corning Gorilla Glass 2. Powered by a Snapdragon S4 Pro processor and featuring a 2 GB RAM, the Nexus 4 sports a 8 megapixel camera and 2,100 mAh battery. Running on Jelly Bean OS i.e. Android 4.2.2, this smartphone would be the first phone to receive updates, while others would need to wait for their OEMs to send an update. There is support for Wireless Charging using any Qi-compatible Charger and for connectivity, you have 3G as well as WiFi. The popularity of this smartphone is something that won't need statistics. After being announced in October 2012 and later going on sale in November, the Nexus 4 was out of stock in the U.S. only within minutes of its arrival. 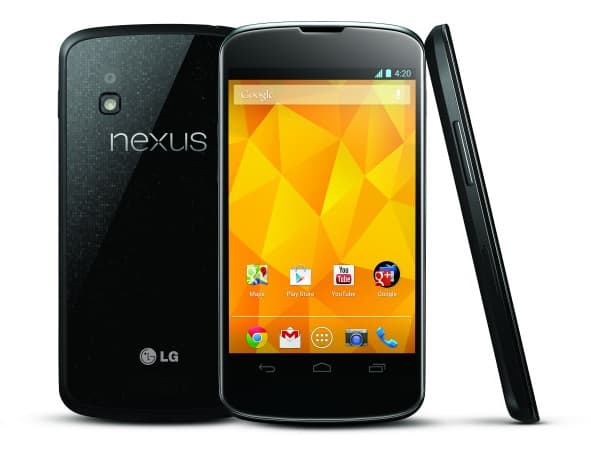 ​
Even though we don't have an official word, if Flipkart is to be believed, all the buyers of Nexus 4 are getting a 1 year manufacturer warranty from LG India. If you're going to wait for the smartphone to appear on the Google Play Store India, that shouldn't be long either. Owing to the fact that Google recently started selling the Nexus 7 tablet in India on the Play Store, we can expect the arrival of Nexus 4 soon enough. All we have to do is wait for the official word from the company.

If you are going to compare the prices or order the phone from US, let us take a look at the prices there. In U.S. the Nexus 4 is available at a price of $299 for 8GB and $349 for 16GB unlocked version. The exact release date in unconfirmed, but Flipkart says it is going to be the 4th week of May, which isn't very far from now.
@Kaustubh Katdare • 16 May, 2013 Great price point from Google! I'm glad that they didn't go with the regular >30k or 40k price range, even though the phone is at part with its competition. I'm more or less convinced that the phone is going to be hit in Indian markets.

At Google I/O, the search giant even announced a Google-only version of Samsung Galaxy S4 - which brings the best of the hardware to the platform. Now, Google Nexus - which has been one of the most awaited phones in India is going to give the S4 a tough competition.

The phone's already obtained 4.5+ starts on CNET reviews from both editors and the users. Check out this video review of the phone from Engadget -

hello, I would like to know what is the basic difference between electrical circuits and electronic circuits. Please help me
13.2k views
Read More →
Archives

How to make a small helicopter?

Remember the time you got all excited about the launch of OnePlus One on Amazon India? Well, there have been some developments in the corporate world which are sure to...
6.4k views
Read More →
Archives

General Motors India seems to be all geared up for the Delhi Auto Expo in India which is going to be held between 7-11 February, 2014. Creating a buzz among...
3.9k views
Read More →
Channels
👨‍💻 Remote Jobs 🗞️ News 🚀 Founders Circuit 🗄️ Archives ✨ Newsletter 🕹️ Changelog
About · Privacy · Terms of Service · Contact Us · © 2005 - 2022 CrazyEngineers. All rights reserved.