Gionee's latest S10, sporting a quad camera set up, to be soon up for grabs

Debasmita Banerjee · May 27, 2017
Rank B3 - LEADER
Not a day has passed since the dual-camera equipped phone Huawei Nova and Huawei Nova 2 had been stealing the time of Chinese shutterbugs and reporters, but today it's a new launch story of Gionee S10 with a quad-camera setup (dual rear and dual front) with two sub-variations, S10B and S10C. The price list for all the three category phones are already up on the website and featured to grab the attention of potential buyers.

The Gionee S10, as mentioned, has a dual camera setup attached at the back in which one proffers a 16-MP and another boasts of an 8-MP sensor with 6P lens and f/1.8 aperture. Maintaining a similar line with the Nova 2 family from Huawei, the front one features a whopping 20 MP sensor, supported by an 8MP sensor. 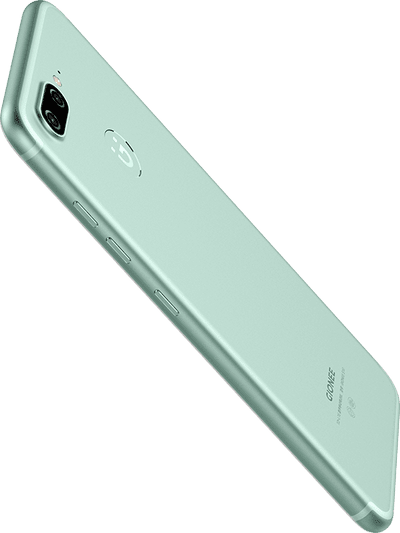 Gionee S10
​
Leaving aside the optics specifications, the gadget displays a 5.5-inch FHD (1080x1920 pixels) In-Cell screen. Powered by a MediaTek Helio P25 processor, successful in the Asian market, the phone is supported by a 6GB of RAM. Storage wise, it provides a space up to 64GB. The phone houses a 3450 mAh battery and runs on Android 7.0 Nougat with an Amigo 4.0 overlay. With all these, the phone is available at a decent cost of CNY 2,599 (approximately Rs. 24,400).

Having all the traits of the Gionee S10, the S10B comes with a dual rear camera set up but features a singleton sensor in the front. At the back, the phone comes coupled with a 13MP sensor and a 5MP sensor whereas the front is equipped with a 16MP sensor. Display and storage wise it shares its specifications with Gionee S10. Powered by a MediaTek Helio P10 processor and a 4GB RAM, the phone runs on Amigo 4.0. The Gionee S10B houses a 3700 mAh battery and is available at a price of CNY 2,199 (approximately Rs. 20,700).

Further modified and designed to come out as a lite model, Gionee S10C, unlike its base model, doesn't show a dual camera set up, instead features a 15MP sensor at the back panel and a 13 MP sensor at the front panel. The phone has a heart of Qualcomm Snapdragon 427 with a 4GB RAM. Storage wise, it offers a 32GB internal storage. Housing a battery of 3100 mAh and a 5.2-inch HD display, the phone runs on Android 7.0 Nougat with Amigo 4.0 overlay. With all these features together this one is available at a cost of CNY 1,599, ( approximately Rs. 15,000).