@Ankita Katdare • 03 Apr, 2015 • 2 likes
Gionee's India body has rolled up its sleeves as it gets ready to launch its high-end smartphone Gionee Elife S7 in India at an unveiling event scheduled for April 4th, 2015. First showcased to public at the Mobile World Congress (MWC) event in Barcelona, Gionee Elife S7 is the world's slimmest smartphones at 5.5 thickness (Yep, the same as its elder brother Elife S5.5). To enhance the experience of the slim body & highlighting the metallic colour, the Elife S7 features bimodal plane cutting technique employed to have two parallel trajectories polished on the same metal surface. Moreover, the Elife S7 designers bring a new natural curve to the middle frame developed using the aircraft grade Al-Mg for a better grip. Take a look at the following video about design from Gionee:


​
Enough about the design though. Let's take a look at the Elife S7 specifications in depth. Running a 1.7GHz Octa-Core Mediatek 6752 processor under the hood, the Gionee Elife S7 comes with 64-bit Mali-T760 GPU (ARM top graphics processor) and 2GB RAM + 16GB of internal storage. The 5.2 inch screen features a FHD (1920*1080) resolution 424 PPI Super AMOLED display and Android fans can rest assured to be receiving Amigo OS 3.0 based on Android 5.0 Lollipop with OTA out of the box.

Another strong point of the smartphone is its 2,700mAh ATL high density polymer lithium ion battery which should last for long hours. To better the battery life, Elife S7 comes with a battery saver mode which turns the display into a dark-colored theme automatically. This would ensure that even at 10% battery, the phone would keep running all day long. 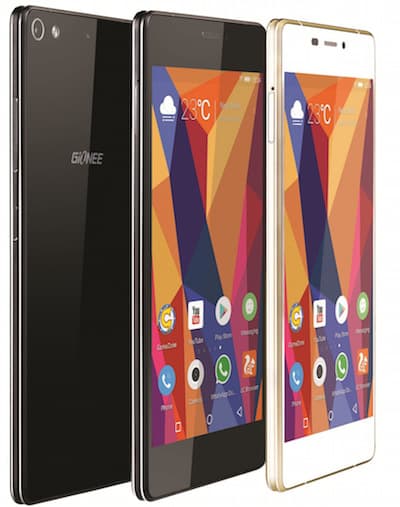 ​
Moving on to the entertainment section - The Elife S7 comes powered with built-in DTS audio and the presence of a high-end music processing chip ensures 192k sampling rate and 24 bit data processing capacity. On the smartphone's rear end, we find a 13 megapixel camera with LED flash and an 8 megapixel sensor front camera.

How do you like the phone's specifications? Sources suggest that the Gionee Elife S7 price in India should be around Rs. 25,000. What are your thoughts on that? Let us know via comments below.

You are given a weighing scale and 8 bags of rice. Seven bags are of equal weight. One is of a slightly heavier weight. You can compare the bags using...
5k views
Read More →
Archives

paper presentation based on microprocessor and microcontroller

i require a papers based on microcontroller and microprocessor.basically, i am searching for the paper on the topic "an detector which is used to find the human being buried under...
4.6k views
Read More →
Archives

The name Chetan Bhagat now resounds with the entire young generation of the country. Everything from his famous novels to the columns he write for TOI, there's a (mind you)...
36.7k views
Read More →
Archives