Gionee Elife S6 All Set To Be Revealed On November 16th

Ankita Katdare · Oct 26, 2015
Rank A1 - PRO
Gionee is on a launching spree and this time the talks are of a new smartphone in its Elife series being launched at an event happening on November 16th. It's the Gionee Elife S6. The smartphone comes after the company launched its flagship Elife E8 last month. A lot is being said about the Elife series, particularly the slimness factor that's exhibited in all devices in the range - be it Gionee Elife S7 or Elife S5.5. With the new Gionee Elife S6, we expect nothing less. Let's take a look at the various rumoured specifications making rounds before the company releases another teaser. 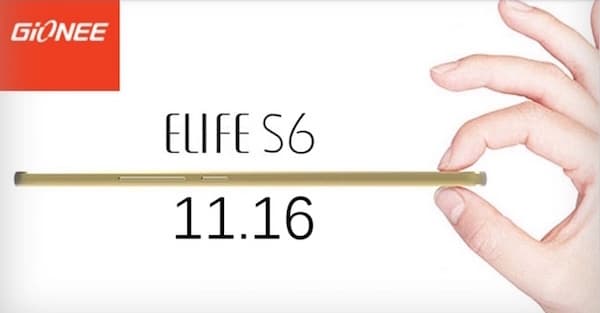 ​
It is being said that Gionee Elife S6 will feature a 1.3 GHz Octa Core MediaTek processor. The display may well be 5 inch HD AMOLED and internal storage be 16 GB. The Octa Core CPU could be coupled with 2 GB RAM. A microSD card slot may make the memory expandable upto 128 GB.

Running on Android 5.1 (Lollipop) operating system, the Elife S6 is supposed to have the usual Amigo 3.1 user interface layer. On the camera front, sources say that the rear cam will be a 13 megapixel one, whereas the front snapper will have a 8 megapixel sensor.

As stated earlier, slimness quotient may be a major USP for Elife S6. It is said to be around 6 mm in thickness and set to have 124 gm weight.

Among other rumoured specs, there's presence of hybrid SIM card slot with support for 4G LTE networks. The phone may carry a 3150 mAh battery, which could provide enough juice to make the phone last all day.

Apart from these specs, not much is known about the phone's features. There are rumors which suggest that Elife S6 is the same handset that received TENAA certification in August 2015. It had the model number GN9007.

The Chinese company hasn't revealed much other than the Gionee Elife S6 release date. That too was revealed via a press invite that the company sent to tech bloggers. What are your thoughts about the new Gionee smartphone in India? Share with us in comments below.