Jason Estibeiro · May 24, 2015
Rank C2 - EXPERT
The Gionee Elife E7 handset was released back when Mobile World Congress was held in March 2015. The handset mostly received positive reviews wherever it was released. Maybe this is the reason that Gionee is rumoured to launch the Elife E8 handset soon. The handset recently received its certification from TENAA, a Chinese telecommunications equipment certification centre and according to Android Headlines, because of this reviewing, the specs of the device have become known.

If you look at the image of the phone below, the metal frame along with the physical buttons are pretty evident. The buttons resemble the buttons in the Lumia phones with the power lock between the physical camera button (the lower button) and the volume button (the upper one). Now for the actual (but rumoured) specs of the device. The phone is said to have a quad-HD screen of size 4.6 inches and resolution of 2560x1440 pixels. The manufacturer of the processor is yet unknown but it might be powered by an octa-core system-on-chip along with 3GB RAM. 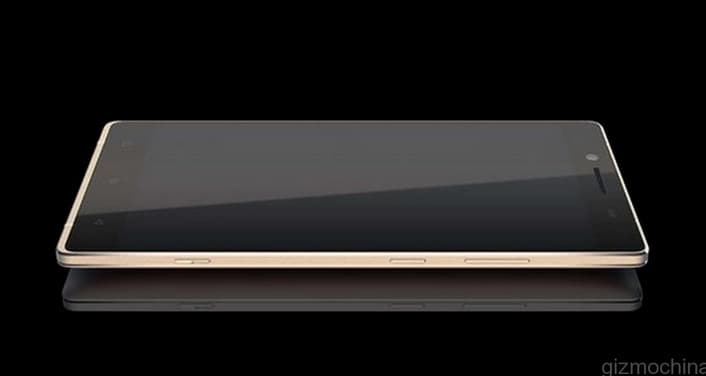 ​
Image credits: Gizmochina
​
The phone will have 32GB of internal memory which will be expandable upto 128GB via micro SD card. The thickness of the Android Lollipop 5.0 phone will be 9.3 mm. The highlight of the phone however is the camera. According to TENNA, the phone will have a 23 MP rear snapper which will be capable of stitching together photos to produce a 100 MP image. If you are a selfie fan, you won’t be disappointed by the 8 MP front camera. The phone will provide LTE connectivity and all these features will run on a 3,250 mAh battery.

There are no confirmations about the price of the phone and neither about the release dates. Rumours in the market suggest that the phone will be announced in the month of July, but again these are just speculations. One thing that can be said for sure is that the phone won’t be economical and will appeal to those on the upper end of the market.