Sharvari Panchbhai · Jun 11, 2015
Rank C2 - EXPERT
The Chinese handset maker, Gionee has unveiled its new devices at a product launch event held in Beijing. The event was marked by the launch of two much awaited smartphones, Gionee Elife E8 at $645 and Gionee Marathon M5 at $370. The prominent smartphone brand has launched Elife E8 with stunning 23.7 MP OIS primary camera as a latest addition to its E series. The notable feature of the sleek Marathon M5 smartphone is its battery life. The company has already shared an image of the upcoming smartphone with two batteries. And, now it has made it official that M5 is equipped with two 3,010 mAh batteries (total capacity of 6,020 mAh). Gionee claims that the single charge will last for four full days. Now, let’s have a detailed look at the smartphones one by one. 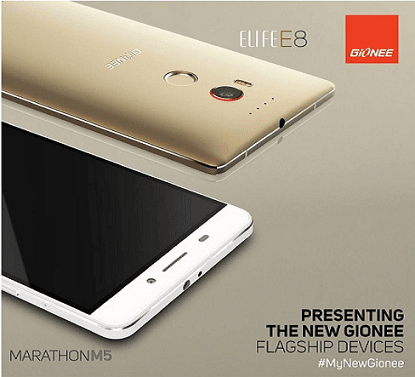 The rear camera allows users to take 120 MP high resolution pictures and has dual tone LED flash support, 6P lens with sapphire glass and 1/2.3 aperture. It comes with optical image stabilization, better zoom feature and 4K video recording option. Plus, the phase detection autofocus focuses the camera in 0.08 s to 0.2 s. The selfie lovers will not have to compromise while taking the snaps as the device flaunts 8 MP front-facing camera. Elife E8 is blessed with MediaTek’s Helio X10 (chipset: MT6795) octa-core processor clocked at 2 GHz and runs Android 5.1 Lollipop operating system with the company’s Amigo UI 3.1. Under the hood, the 64-bit processor is coupled with PowerVR G6200 GPU. 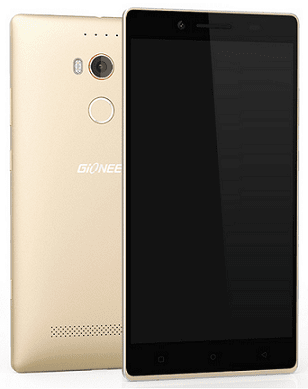 ​
Coming with 6-inch AMOLED screen with Quad HD (2560 x 1440 pixels) display, the Elife E8’s screen is protected by Corning Gorilla Glass 3. The framework of the handset has the dimensions of 164.0 × 82.3 × 9.6 mm. The weight of the sturdy smartphone is 207 g. Elife E8 is powered by 3520 mAh battery. It houses 3 GB RAM and 64 GB internal storage (expandable up to 128 GB). Plus, the smartphone also features fingerprint scanner. It is a dual SIM smartphone with 4G LTE connectivity. In addition to the list, the connectivity options include Wi-Fi 802.11 ac/b/g/n, Bluetooth 4.0 with A2DP, GPS, USB OTG, and NFC. It will available for purchase from June 25.

The 5.5-inch AMOLED display offers a resolution of 1280 x 720 pixels. The dual SIM smartphone has 2 GB RAM and storage of 16 GB (expandable up to 128 GB). It runs Android 5.1 Lollipop operating system and there is no official word on the processor. On the camera front, there is 13 MP auto focus rear camera and 5 MP front for capturing the memories and selfies. Even though the smartphone has two batteries, the fast charging option (like Oppo’s VOOC concept) will charge the batteries pretty fast without heating the device. 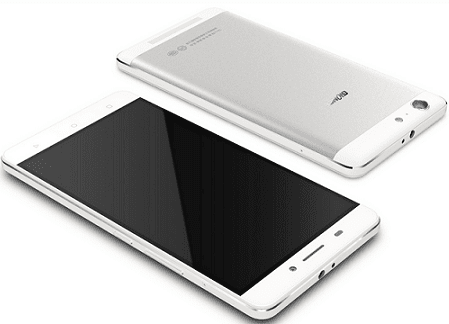 ​
The 8.5 mm thick handset in black, white or gold finishes measures 152 in length and 76 mm in width and will be available in the market from July 15. The weight of Marathon M5 is 213 grams.

After looking at the specs and features, what are your views about these two new spectacular smartphones? Share with us in the comments.

Via GSMArena | FoneArena Posted in: #Coffee Room
1 Like
@ A2A Reply