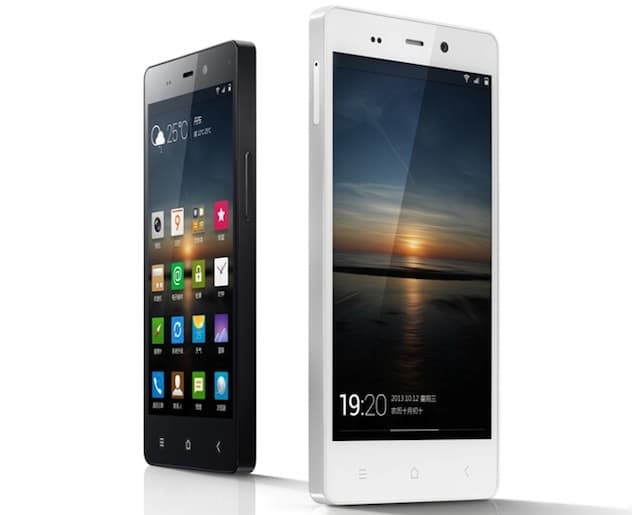 ​
Other important features that Gionee Elife E6 enjoys is the Heartbeat Synchronizing technology, that lets the system sync wakeup apps every ten minutes, thereby reducing the application wakeups and bettering the overall power consumption. Gesture controls in the phone simplify your tasks- just answer calls by directly raising the phone to your ear, flip images by sweeping your hand over the screen, play/pause videos by looking at or by looking away from the screen.

The brand is yet to make an impact on the Indian smart-market, but with the features it's offering for such an average price make it a potential buy for any smartphone-seeker. Considering the dinosaur of a price demanded by brands like Apple, Samsung and LG for their flagship devices, I'd rather invest my money on Gionee and still flaunt my status. Check out the sleek on that phone!
@Ankita Katdare • 03 Oct, 2013 The exterior looks awfully lot like iPhone. I think people have cheaper options with those specs.
@Ambarish Ganesh • 03 Oct, 2013 Not only the looks, but also the features! The big brands don't even pack half of these in their Rs 50k+ models. "Made in China" for sure, but Gionee's product doesn't look like just-another throw off.
@Abhishek Rawal • 03 Oct, 2013 Looks like Gionee & Apple are dealing with the same White/Black polymer manufacturing company 😛

Nevertheless, one thing I've noticed is every small budget Android phones manufacturing company is using Mediatek ARM processors & even though clock frequency & configuration of processor looks awesome, the performance is not upto the level of Tegra series. (Will look into benchmark & provide more details)

Screen's pixel density is insanely good, However from the image above it seems as if they're using custom launcher - which I hate most in every Android phones except Google which comes with pure Android.

But, when you're selling something in India, it's brand over quality & if the brand is of from local unheard 'Chinese' company, then it's better to get 20K gadget with bit less configuration rather than buying this risky warranty-less gadget. #Just saying
7.5k views

HI.... I'm a third year instrumentation student.I'm asked to do my mini project in LABVIEW. I'm interested in biomedical instrumentation.Is it possible to do biomedical projects in software. Can you...
6.8k views
Read More →
Archives

Holidify, a holiday destination discovery website, was founded by Kovid Kapoor and Rohit Shroff in 2013, with its headquarters in Noida, India. Kovid and Rohit are IIT Bombay 2012 graduates...
5.8k views
Read More →
Archives

what are the upcoming technologies in the field of mechanical engineering. can anyone give me some ideas about a new technology which can help in future.
3.9k views
Read More →
Archives