Debasmita Banerjee · Jan 17, 2016
Rank B3 - LEADER
A group of mechanical engineers from Purdue University has invented “mini magnetic force” controlled micro bots that can move independently in a group. Previously, a batch could only be controlled to work in unison and to perform only a specific job. David Cappelleri, an assistant professor of mechanical engineering at Purdue University, claimed that their upcoming research product would have a great impact on several areas including, but not limited to manufacturing and medicine. 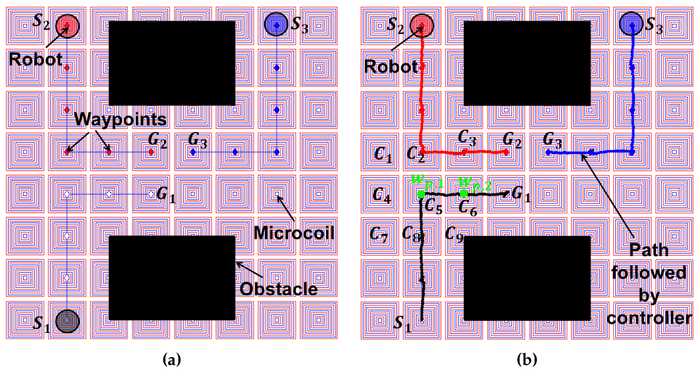 Autonomous navigation of robots under the influence of magnetic field
​
David explained that micro bots were very useful due to their tiny size and work efficiency. However, in a certain sector, a class of them could only be introduced to perform a particular job, and this somewhat reduces their usefulness in different departments at the same workstation. He also explained that their research was inspired by the remarkable cooperation and team work visible among tiny ants. Micro bots can now perform both individual tasks as well as group tasks such as lifting and moving objects around.

In order to enable the idea to materialize, scientists took help of a heuristics based planning algorithm for generating collision-free trajectories of the microbots. As the bots were in a micro range, they lacked the onboard power supply, which resulted in the magnetic force being used to control their trajectories. In the next step, a dynamic system was developed that could accurately quantify the exact magnetic field strengths needed to generate the required force. Lastly, a prototype was designed which validated the result achieved by simulation. 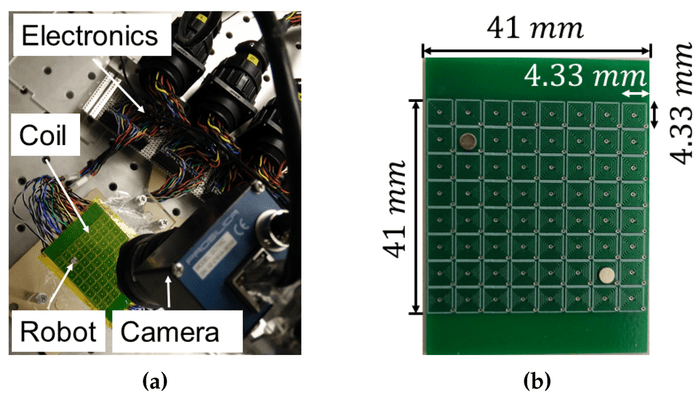 Experimental setup
​
Micro bots are essentially magnetic disks that slide across a surface using attractive or repulsive magnetic forces. Earlier micro systems were controlled using fewer coils located around the perimeter of the "workspace" containing the tiny machines, making the system bulky and dependent. However, with the current technology, independently controlled microbots working in groups might be incorporated to create microelectromechanical systems or MEMS. Equipped with a “force sensor” probes, microbots can be appointed as “cancer cell” detectors in biopsy.

​
The integrated system
​
The research has already set forth a target of developing 250 micron diameter robots instead of 2mm diameter bots. Sagar Chowdhury, one of the members of the team explained that to achieve micro scale proficiency, it would be required to counter the effect of the Van der Waals forces between molecules which are present in the micron scale, but absent in the macroscale of everyday life. The complete research was published in the Micromachines journal and was funded by the National Science Foundation.