Kaustubh Katdare · Oct 2, 2012
Rank A1 - PRO
Infosys has announced the results of the Aspirations 2020 - a nationawide programming contest conducted by Infosys. The contest was organised and administered by the Infy's Campus Connect program. Aspirations2020 saw over 32000 teams from over 517 engineer colleges across Indian participate. The finale was conducted on September 28 at Infy's Bangalore campus and had 14 teams each comprising of 3 engineering students fight for the top titles.

The winners, B Sai Aishwarya, Nekkanti Anudeep and Sindhura Katta (team: ASP_AP02357_103) from ANITS Visakhapatanam were declared as the winners. Each team member was awarded with a 64 GB version of iPad. The runner up team comprised of Ajeet Kumar Jha, Ameen Mohammed Talha and Coca Sai Prajeeth from MSRIT (team ASP_KA01050_101) with each member getting a 32 GB iPad (you didn't lose much, folks!). 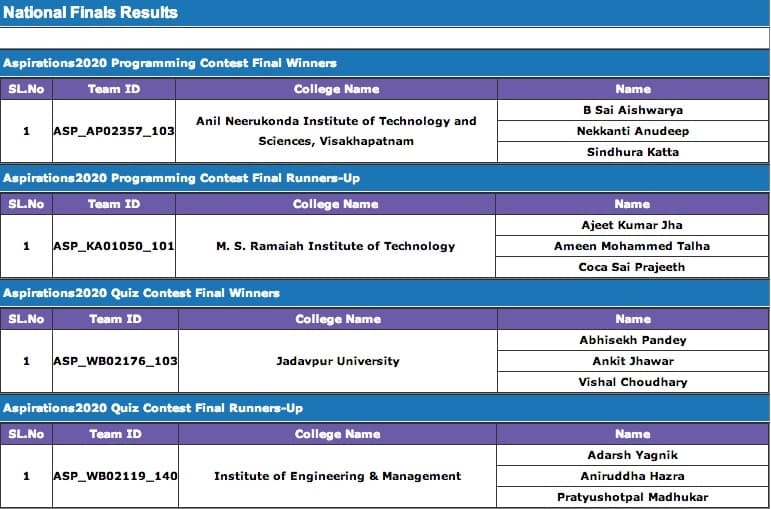 Jeffrey Arulraj · Oct 3, 2012
Rank A2 - PRO
Congrats to all CEans who participated in this event 😁

and Many congrats to the winners
0 Likes