Ankita Katdare · Jul 30, 2013
Rank A1 - PRO
Getting increasingly tech savvy by the day, the Government of India has got the Ministry of external affairs launch a new mobile app called MEAIndia that lets users apply for passport and visas from anywhere in the world through Android and iOS platforms. Not just that, users of this new mobile app will be able to access services related to the travel document and get consular assistance on the go. "MEAIndia helps you find the nearest Indian Mission/Post and establish contact with Indian officials there. Consular help is now just a click away," said an official. The MEAIndia app is being described by foreign secretary Ranjan Mathai as a "one-stop shop". Developed by engineers from National Informatics Centre, Silver Touch Technologies and MEA under-secretary E Vishnu Vardhan Reddy, the MEAIndia app is one ambitious project that is going to get thousands of users with its launch.

It doesn't end there. The MEA will also regularly conduct quiz with users on foreign relations to increase interactivity with people. The app will let the users to directly ask questions about India's foreign policy to none other than India's foreign minister. So, you can start preparing questions for India's External Affairs Minister Salman Khurshid right away. That is your Right-To-Information power at the finger tips. "Whether it be information on passport status applied anywhere in India or location of centres which attest documents in India, or pilgrims travelling to Saudi Arabia for the Haj, this one stop-shop will provide you all you need to know," said Mathai, who played the lead role in the development of the app. "Diplomats were earlier encouraged to work in anonymity but the requirements of communication have changed and evolved and so have we in MEA," he added. 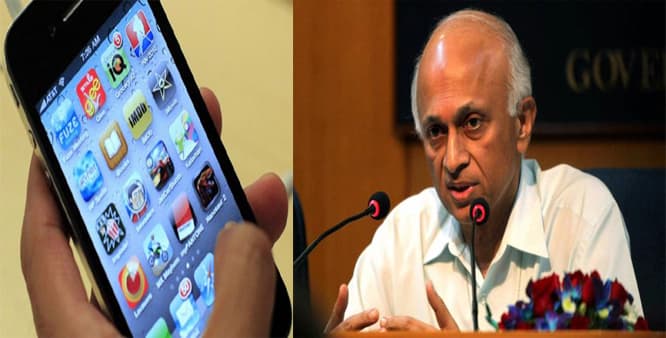 Indian Foreign Services have undergone a lot of changes over the years. The anonymous nature of work has seen a sea of change. There's now more openness in the operations. “The requirements of communications have changed and so have we brought changes in the Ministry of External Affairs. We have adapted to the new demands of technology and means of communications,” Mathai added.

Last but not the least, MEAIndia has got dedicated modules on Haj and Kailash Manasarovar Yatra. It will come in handy by bringing you the latest Haj News and providing details of your flight, accommodation and tour operator. The app also helps you apply for the Kailash Manasarovar Yatra and track your selection status. Users will be able to download and watch pictures and documentaries on India, share and contribute their own pictures and suggestions or even follow the prime minister on his visits abroad. We think that things couldn't get any better for the mobile platform of every Indian. What's your take? Share with us in comments. Posted in: #Gadgets
4 Likes
@ A2A Reply

Jeffrey Arulraj · Jul 30, 2013
Rank A2 - PRO
I think this is a boon and specially if it is able to handle so many request in the little time window which is generally accompanied while doing an e Filing of Passport requistion form
0 Likes

Ankita Katdare · Jul 31, 2013
Rank A1 - PRO
Has anyone actually given it a try? For all I am reading, the new app still just does very basic tasks.

You can get to see the status of your passport app on this Ministry of External Affairs developed app. But to be true, the reason of it becoming so popular within just a matter of 24 hours is due to the fact that the harassed people who spend weeks and months in making rounds of passport offices across the country and in its embassies abroad want the help of anything that can make their task easy.
0 Likes

Jeffrey Arulraj · Aug 1, 2013
Rank A2 - PRO
Well the Govt portals are always too busy to respond to our queries