Kaustubh Katdare · Jan 8, 2015
Rank A1 - PRO
Apple Watch is expected to launch sometime in the month of March, reports 9to5Mac. Apple has not confirmed the launch date, but had promised 'early 2015' during the product launch. Several sources have revealed to 9to5Mac that Apple's already scheduled the training of its retail store employees about this new product category sometime in mid February. One or two employees from every retail store of Apple will be sent to the Apple's offices in Cupertino or Austin. These employees will then be expected to train other employees at the store before the public availability of the Apple Watch. Apple's engineers are polishing the software and making sure that the battery is thoroughly tested. 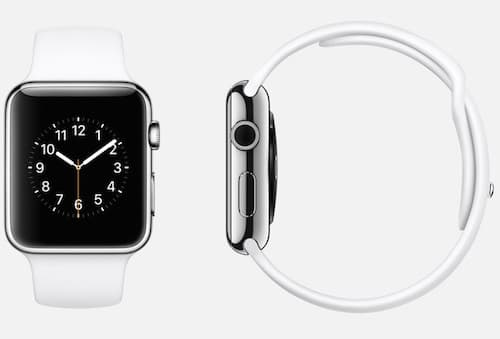 ​
It'd be quite interesting to see how this new smartwatch performs in the market. There are several market experts who've predicted that the smartwatch will be a 'flop' product and its market share won't be anywhere nearer to what iPod, iPhone and iPad. The Apple watch will retail for $349 and work with the iPhone.

Do let us know your thoughts on Apple Watch. Posted in: #Gadgets
1 Like
@ A2A Reply