A Shoe That Charges Our Mobile Phones 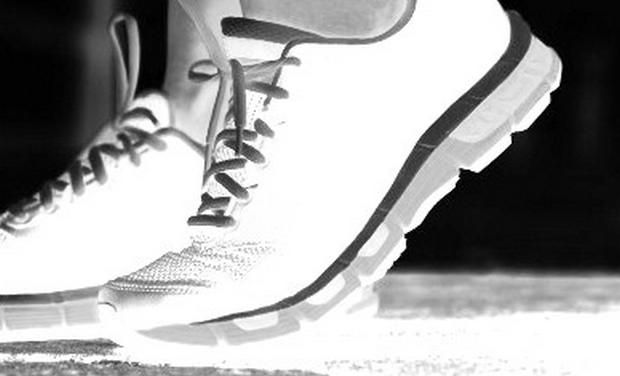 ​
According to Rajesh, the energy generated out of the shoe when a person walks is what provides energy to charge the mobile phones. He also explained that whilst wearing the device, when we raise our feet, the spring in the device gets released and a dynamo starts revolving which leads to the generation of current. The device has multiple uses and can also be used to light a bulb at home in case of a blackout. This can be done by installing a battery in the shoe. Adhikari is currently working on further modification on his current model and plans to develop a wireless mobile phone charger to increase the utility of the shoe.

Not to be left behind, a number of other young Indian entrepreneurs have also been making some amazing progress. Three engineering students from Bangalore have started a free voice calling service called FreeKall. The service enables users to make domestic and international calls, for free. It earns money by providing 10 second voice advertisements to callers and aims to earn nearly $30 million in revenue by the end of the next financial year. Angad Daryani, a 15 year old dropout, is believed to have built a 3D printer using Do It Yourself kits. Angad has been crazy for technology from a very young age. It seems the young generation of India is making a lot of progress in the field of technology. What do you think? Suggests in your comments below.

Source: DNA
@Madhava Verma Dantuluri • 24 Mar, 2014 Well done, a true innovation.
@ahmed sarfraz • 25 Mar, 2014 its an old innovation done by a lot of people earlier. However, they haven't got much popularity in indian media and neither do on Internet.
@Ankita Katdare • 25 Mar, 2014 What does @Mandar Tulankar have to say about this? We all would like to read his opinions.
@Mandar Tulankar • 25 Mar, 2014 • 3 likes @Ankita Katdare every alternate day am being hit on with the same news , all i could say is think big act fast ideas are no one's monopoly. Lighting up an led on shoe and claiming that it would charge cell , had that been so easy this would have been commercialized till now. Two things that i would like to bring into light. The innovation is making use of dynamo that is way different that what i have worked upon , and there is a difference as vast as north south pole between science experiment and commercially viable product , i am gracefully with second one 😀 await to use it soon.
3.5k views

iPhone 5C Price In India Doesn't Look Cheap At All

When rumours and leaks of the iPhone 5C began to surface, people in countries like India and China were quite excited. Everyone was hoping that Apple has finally paid attention...
2.9k views
Read More →
Archives

Hello all, I just wanted to know wat is the use of MLDB Panel...and wat are the compaonents used in its design,i know its full form i.e. main lighting distribution...
3.1k views
Read More →
Archives

Hi everyone, i am on a lookout for some biomedical instrumentation project.Would be great if it could be a microcontroller based project.I found several topics on the internet,but I require...
4.2k views
Read More →
Channels
👨‍💻 Remote Jobs 🗞️ News 🚀 Founders Circuit 🗄️ Archives ✨ Newsletter 🕹️ Changelog
About · Privacy · Terms of Service · Contact Us · © 2005 - 2022 CrazyEngineers. All rights reserved.