@Kaustubh Katdare • 15 Mar, 2014 • 1 like
Stumbled upon this totally addictive game. Trust me, it does not look addictive but I bet a few moves into the game and you would have that 'never give up' attitude kick in. I've just spent last 15 minutes trying to get 2048; but couldn't go beyond 256 😔. I'm starting this discussion to get opinions, tips and tricks on how to win 2048 game.

All you need is the arrow keys of your keyboard to move the tiles. When two tiles having similar number touch each other; they add-up.

durga
someone has already comeup with an AI to solve the game, neverthless when I ran it, the max tile formed is of value 1024. But ,a very very informative discussion about the algorithm is going over in stackoverflow ..
https://stackoverflow.com/questions/22342854/what-is-the-optimal-algorithm-for-the-game-2048 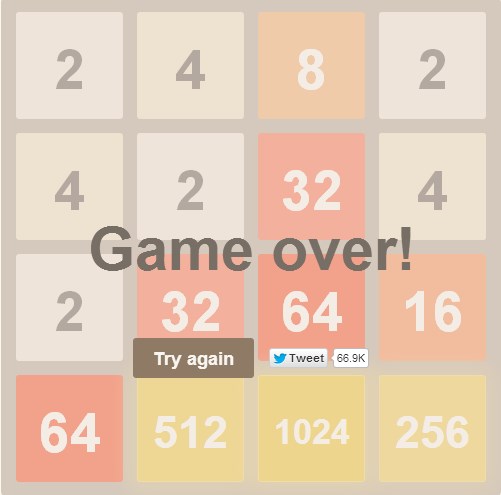 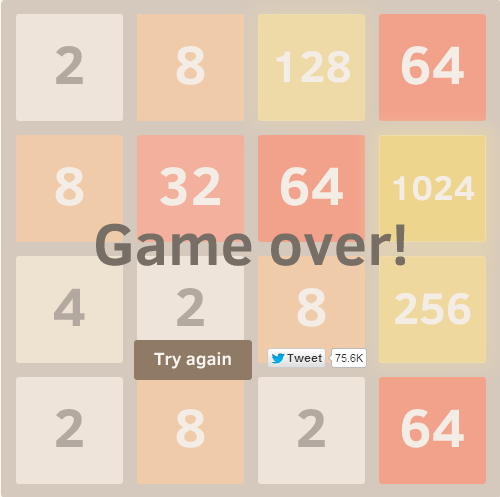 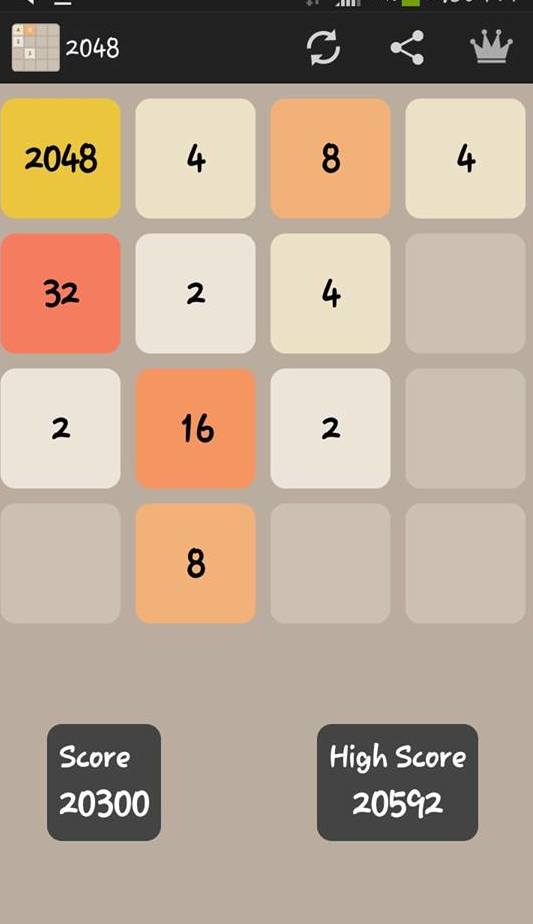 Kaustubh Katdare
@Ambarish Ganesh : Respect, man! I'm stuck at 1024. Did you play with any specific strategy?

Didn't employ any different strategy. The only one was - keeping the big numbers (128 and onwards) at any specific corner for as long as I can.

I believe I simply got lucky in this game. 😀 Played it 10-15 times more since this, haven't been able to reach 2048 again. 1024 is the sweet spot I hit maximum.
People have actually developed some algorithms for this game on their blogs. Referring them all now.
@Ambarish Ganesh • 26 Mar, 2014 • 1 like Another addictive game - DOTS. Personal best so far is 330. 👍
People have registered scores over 900! [HASHTAG]#ChallengeAccepted[/HASHTAG]
@Kaustubh Katdare • 26 Mar, 2014 • 2 likes

Dots got more challenging after the latest updates. I gave up playing dots about a month ago. It wastes too much of time. 😔
@Nayan Goenka • 27 Mar, 2014 • 2 likes This is it. Finally there. 😁 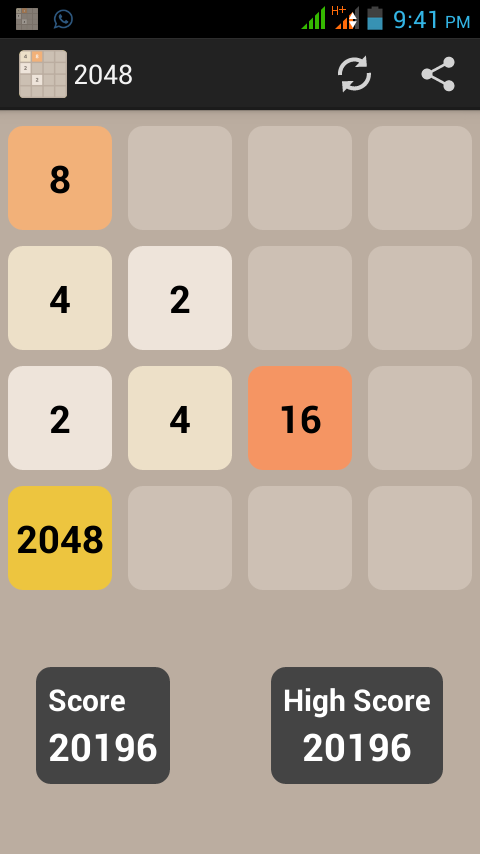 It doesn't actually matter if you use or don't UP moves. However if you are stacking them in corner array fashion, you will have to lose one move. Depending on the corner you choose, you avoid one movement. Here I avoided UP moves and stacked numbers in descending order in snake fashion.
@Ankita Katdare • 28 Mar, 2014 With 6 attempts I reached 1024 last night and then it was 'game over' 😔
The only trick I used was putting all the blocks at the bottom of the square. If you never let the biggest addition block leave the last row, you'll reach 1024 very easily.
@Anoop Mathew • 30 Mar, 2014 Stuck at 256 ! 😳😴 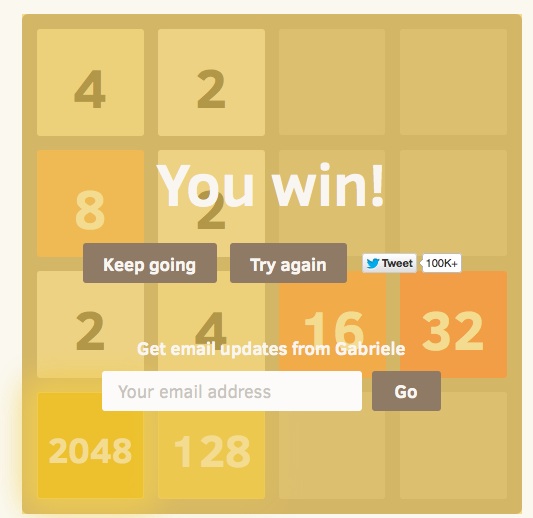 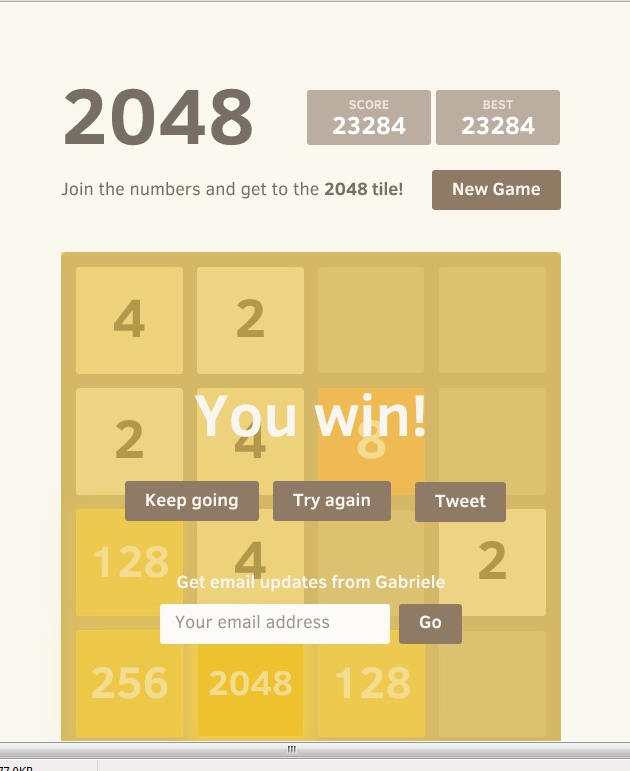 P.S.: New passtime at office for everyone 😛 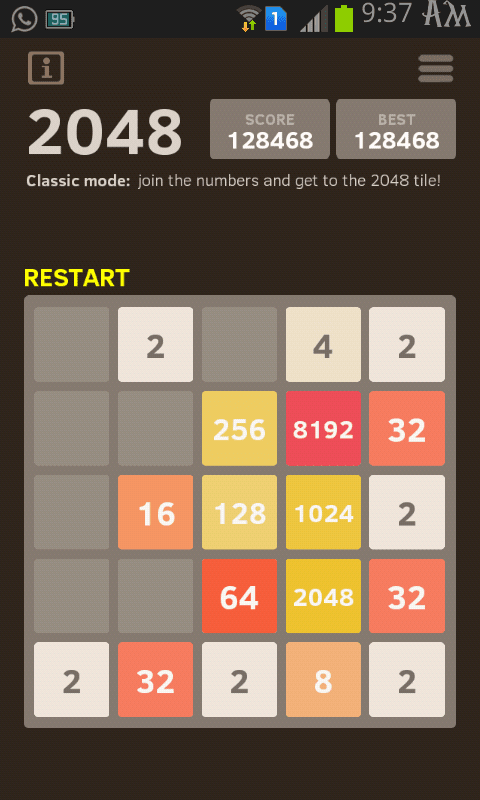 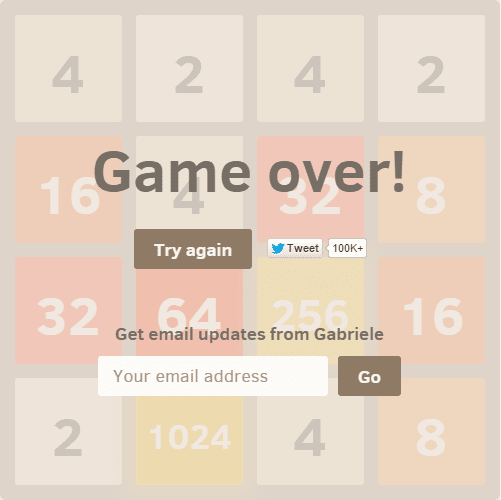 Ankita Katdare
@HermioneGranger That does put all my previous records to shame!
What spell/charm did you use? 😛😁

Do notice the number of squares in her game and the one we played. Its different.
@hermione: show us the record with 4*4 squares
@HermioneGranger • 07 Nov, 2014

Anoop Mathew
Do notice the number of squares in her game and the one we played. Its different.
@hermione: show us the record with 4*4 squares 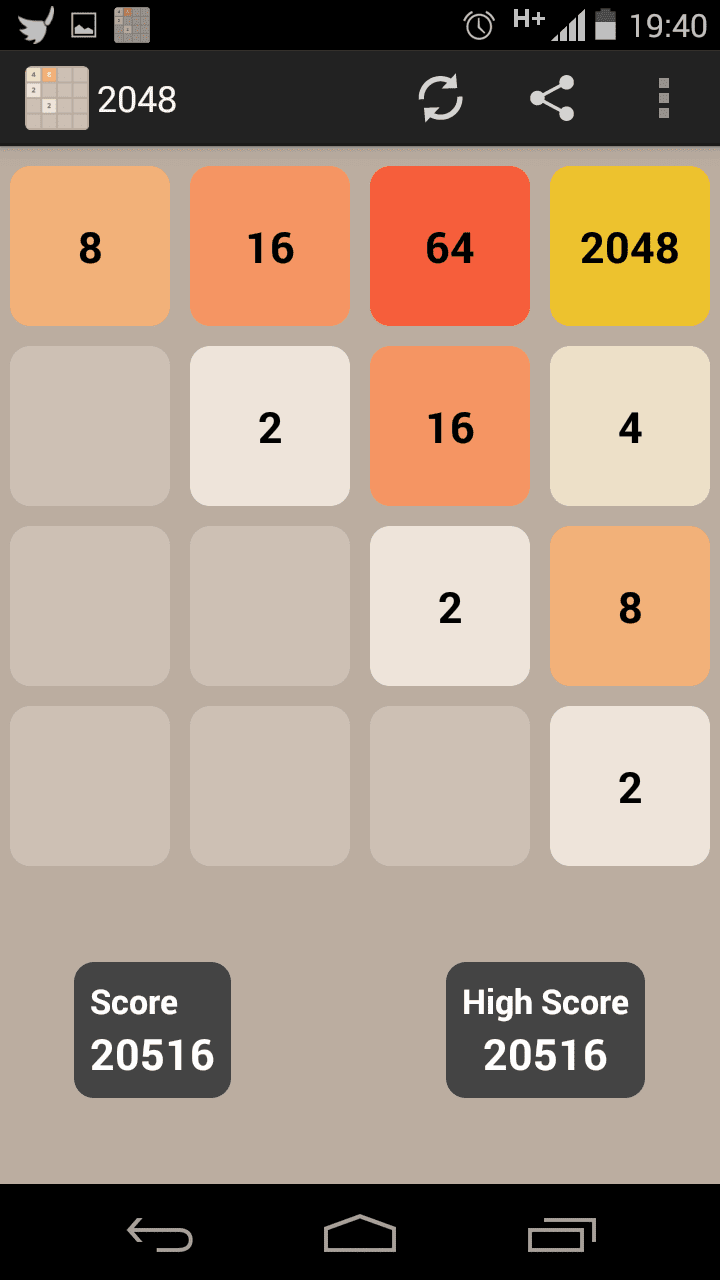