Debasmita Banerjee · Oct 14, 2016
Rank B3 - LEADER
Post Dusshera deals have been proving to be enterprising, at least when it comes to electronic goods, tech giants to toddlers – companies have targeted this very moment to push their trump cards. Not breaking the competitive chain, Chinese smartphone based company Zopo has revealed the latest color C3 in India with multiple multi-account application facilities at a pocket-saving price. 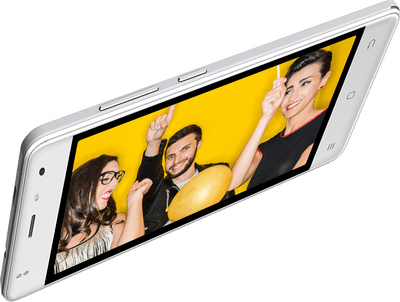 ​
Powered by a quad-core MT6737 with GPU unit - ARM Mali T720-MP1 clocked at 650MHz, the phone is expected to offer a decent performance not as good as speed 8 but preferably faster than color F1 having a fused 2 GB RAM. Storage wise it sports a 16 GB internal memory which is expandable up to an unspecified limit with a microSD card.

Commenting on its connectivity, color C3 features a standard wifi 802.11/a/b/g/n, Bluetooth 4.0, dual SIM docking station (micro+nano) like ASUS ZenPhone 3 Laser. The best thing about the phone is its camera having a clear sensor specification attached with other essentials. The rear panel is fixed with an 8 MP autofocus single LED flash coupled camera with 3P lens assembly having a corresponding sensor SP5507 with f/2.8 aperture. Whereas the front one is stitched with a 5 MP camera having 2P lens and sensor SP2509.

​
The phone houses a 2100mAh Lithium-ion battery. Except having various accounts synced with the same phone, an extra floating video feature might catch your attention. It will simply keep running your videos on top while other apps are open and active. With all these features together the phone will be soon available in retail stores with a price tag of Rs. 9599.