@Jason Estibeiro • 25 Jan, 2015 • 2 likes
Chinese electronics company Xiaomi has been in the news a lot for the past year because of the launch of devices like Redmi 1S, Redmi Note and Mi3. Now it's again going to make a buzz as it's going to start the sales of the much awaited Xiaomi Mi4 in India from 28th of January. Although the launch was confirmed, the press has now received an official invitation by Xiaomi to an event in Delhi where they will unveil the device for the first time in India. Like its previous handsets, this time too Flipkart will be the solo seller of the device in the country. 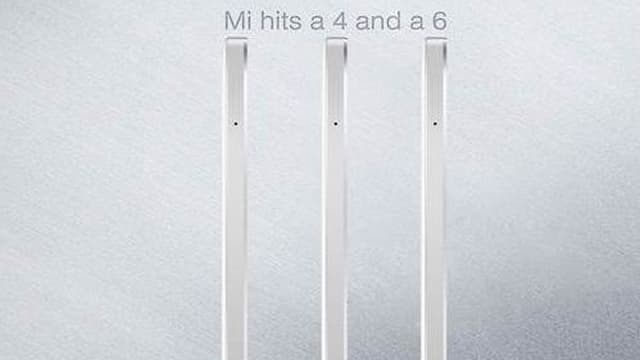 ​
Xiaomi has used an interesting method for the invitation, apparently keeping in mind the craze for the imminent Cricket World Cup. As shown in the image above, the three Mi4 phones have been arranged to look like they are stumps while the message says that Mi hits a 4 and a 6.

Now for the technical aspects of the phone. The phone was released in around 4 countries last year so the specs are well known. It has got a full HD display and 5-inch screen with 441 pixels per inch. The phone’s processing capability is pretty good thanks to its 2.5 GHz quad core Snapdragon processor and 3GB of RAM. Also, it has a good battery life because of the 3080 mAh battery. The camera too is the plus point for the phone. It has a 13 MP rear and 8 MP front camera and it has the ability to record 4K videos. So much for the positives.

In the negative, the primary downside is that the phone still runs on Android KitKat while other devices like Moto G (Generation 1 and 2 both) have started receiving the Lollipop update. Another problem with the phone is that the 3G model has only 16 GB of internal storage and since it has no memory card slot, the memory cannot be expanded any further. There is no NFC facility available which may not seem like a problem but it would have been better off with it. The buyers won’t have much choice as far as colour of the phone is concerned as it is available only in black and white alternatives. 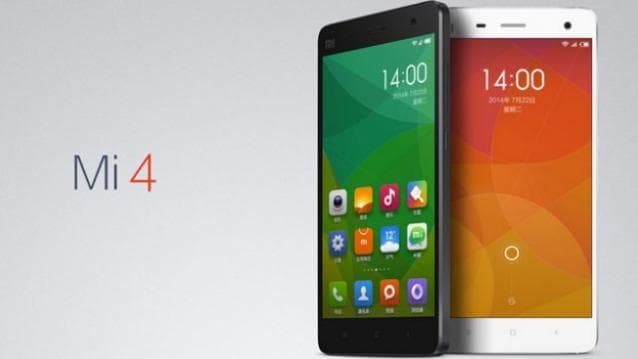 ​
Even though there are these drawbacks, it would be fair to assume that like its previous devices, Mi4 too will be sold out within a few minutes on Flipkart mostly because of its stand out positive features and the reputation of Xiaomi. There has no confirmation about the pricing of the device but the speculation is that it will cost around Rs 20,000.

Via: Firstpost
@Ankita Katdare • 27 Jan, 2015 Looks like the excitement about the Mi4 has died down after thousands have recently owned the Mi3. The specs no wonder look superb. Let's hope they do price it under Rs. 20K.
4k views

I need an powerpoint presentation on " applications of fluid mechanics " can anyone give me a ppt on this , its very urgent i dont have time to make...
3.3k views
Read More →
Archives

I think all of you would know the FLAMES game played by school students and teenagers. Using this game, they predict the relationship between two persons. F-Friends L-Love A-Affection M-Marriage...
11.1k views
Read More →
Archives

Which is the best country to do masters in aeronautical engineering...

hii... CRAZYENGINEERS, I want some innovative idea in civil engineering. I just want to innovate something related to CE. if u can i need ur help, if u help me...
6.6k views
Read More →
Channels
👨‍💻 Remote Jobs 🗞️ News 🚀 Founders Circuit 🗄️ Archives ✨ Newsletter 🕹️ Changelog
About · Privacy · Terms of Service · Contact Us · © 2005 - 2022 CrazyEngineers. All rights reserved.