Dipankar Ganguly · Mar 14, 2017
Rank C3 - EXPERT
Chinese smartphone manufacturer Xiaomi has created a new record by selling a million of its Redmi Note 4 within a span of just 45 days, tagging it as the fastest smartphone to reach that milestone, in India. Xiaomi’s smartphones are popular among Indian consumers, primarily due to a great price-performance ratio at a legitimate price. The Redmi Note 4 was put up for its first flash sale on January 23 via Flipkart and Mi.com and in just 10 minutes over 250,000 units of the smartphone were sold. And the 1 million sales within a time period of 45 days implies, one unit was sold every 4 seconds.

The achievement is more enjoyable for Xiaomi because the phone wasn't even available for most of those 45 days and only became available on selected sale days. One could imagine how many more units it would have sold if Xiaomi opted for a non-flash sales model along with offline sales network. Xiaomi also had a strong 2016 in India, with its revenue exceeding $1 billion in the country.The impressive sales figures for the Redmi Note 3 (2.3 million units in six months) and the Redmi 3S series helped it to achieve this feat, though its premium offerings like the Mi 5, failed to live up to the hype or attract much attention. 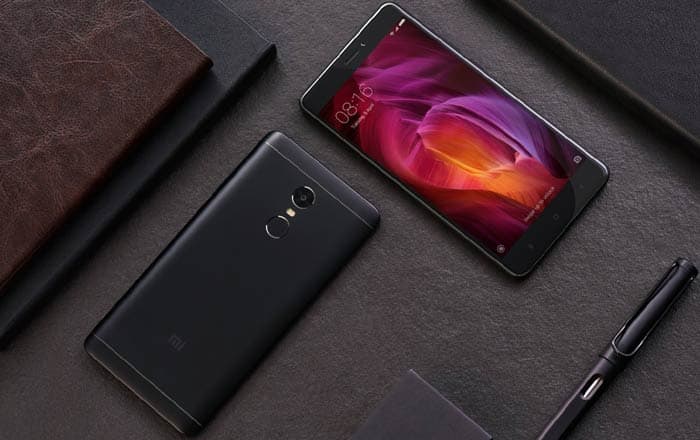 ​
Under the hood, the Xiaomi Redmi Note 4 is powered by a 14nm FinFET Snapdragon 625 octa-core processor, with various RAM and storage options. The base model with 2GB RAM + 32GB storage is priced at Rs 9,999, the 3GB RAM + 32GB variant costs Rs 10,999 and the higher end 4GB RAM + 64GB storage version retails at Rs 12,999. Other notable features include a 13-megapixel camera with f/2.0 aperture lens, PDAF and dual tone flash at the back, a 5-megapixel snapper on the front for selfies and a handy fingerprint scanner at the back for unlocking the smartphone. The metal unibody with slimmer, tapered edges include a 5.5-inches Full HD IPS LCD display with 2.5D curved glass on the top and a 4100mAh powerhouse underneath.
The Redmi Note 4 smartphone can be bought from either Flipkart or Xiaomi’s own portal Mi.com, the next sale is scheduled for 12 pm, 15 March.

Xiaomi to accept pre orders for Xiaomi Redmi Note 4 on Mi.com, starting March 31 Xiaomi To Launch Redmi Note 4 In India On January 19 Want to buy a Redmi Note 4 this Saturday? Check out these offline and online sales to grab one Is This The Xiaomi Redmi Note 5 With 18:9 Display? Xiaomi Mi4 Price In India To Be Rs. 17 - 20K. Launch On 28 January Confirmed. Xiaomi Redmi Note 3: Snapdragon 650, Fingerprint Sensor & 4050mAh Battery Starting At Rs. 9999 Xiaomi Redmi 1S & Note, Priced Rs. 6999 & Rs. 9999, Arrive In India On August 26 Buy Xiaomi Redmi Note In India Soon - Here's What You Should Know Xiaomi teams up with Cashify to launch Mi Exchange Program in India Xiaomi Redmi 4A goes out of stock within minutes, next sale scheduled for 30 March on Amazon