Ankita Katdare · Jun 10, 2015
Rank A1 - PRO
The grand appearance of the world's thinnest tablet in India has put Dell back on the radar. The company has launched the Dell Venue 8 (7000 series) tablet in India and priced it at Rs. 34,999. With the most amazing set of specifications in an Android tablet, this tab is going to be called a flagship for months to come. Though there is no doubt that you will find the features of Dell Venue 8 7000 impressive, some might feel the tablet's pricing on a bit higher end, but there's no complaining about that. Let's go straight ahead into the specs list for the Android Lollipop (5.0 version) tablet and see if it lives up to the hype surrounding it for more than last 6 months.

Made of anodized aluminium body, the Dell Venue is super lightweight and extra portable at its 6 mm thickness. Having an Intel Atom Z3580 (up to 2.3GHz Quad Core) processor at its core alongside Intel HD PowerVR G6430 graphics unit, the tablet comes in 16 GB and 32 GB variants (it's expandable up to 512GB through a microSD card slot). There's a 2 GB DDR3 RAM inside. The 10-point capacitive touch screen on the tab features an 8.4 inch OLED infinity display with FHD or 2560 x 1600 pixel resolution. 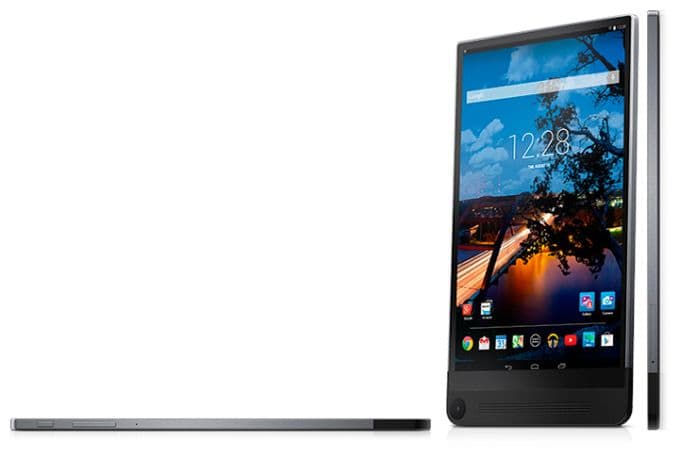 ​
On the rear end there's an 8 megapixel Intel RealSense Depth camera sensor, whereas on the front is a 2 megapixel snapper. The Dell Gallery connects to your social media sites and collects and sorts all of your pictures into a single album, along with social media comments and likes. Coming to the connectivity specifications, there's support for Wi-Fi 802.11ac and Bluetooth 4.1 with Miracast.

If you are worried about using it on-the-go, you will be relieved to find a gigantic 5,900mAh battery at the core. The company folks promise up to 9.8 hours of battery life on single full charge.

What are your thoughts about the powerful new Android tab on the block? Share with us in comments below. Posted in: #Gadgets
1 Like
@ A2A Reply