Heading to the technical specifications, Wi Star 3G is blessed with 1.3 GHz Dual Core MT6572 Processor and runs on Android v4.4 KitKat operating system. The 5 inch capacitive touchscreen has IPS FWVGA display that offers screen resolution of 854 X 480 pixels. For storing images, videos, documents, et al; Wi Star 3G sports 512 MB RAM, 4 GB ROM and the external memory can be expanded up to 32 GB. The dimensions of the handset are 145.5 X 77.5 X 9.8 mm and it weighs 164 gm. The SIM slots provided by Wiio support a normal SIM and a micro SIM. 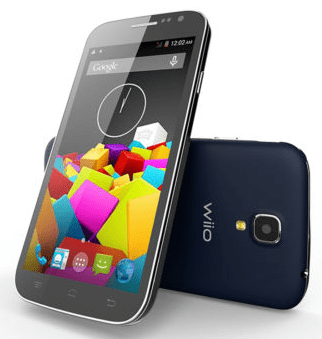 ​
Speaking about the camera, Wiio Wi Star 3G has a 5 MP primary camera and a 2 MP secondary camera for capturing memorable moments and selfies. Other camera features includes HDR, Multi Shot, face detection, panoramic capture and video recording. It is powered by 2000 mAh removable battery that provides about 8 hours talk time and up to 120 hours standby time. Connectivity options include Bluetooth, WiFi and GPS. Gravity sensor is also provided by Wiio.

Looking at the current trend where everyday a new smartphone is launched in the market, it is not easy to say whether a particular smartphone will survive or not in this competitive environment. However, after going through the specs and features, Wiio Wi Star 3G might grab some attention of the users. What are your thoughts about this new smartphone? Let us know in the comments section below.

Over the last few months, the US-based gadget brand InFocus has been steadily climbing the ranks on the Android smartphone charts in India. It launched several of its mid-budget smartphones...
3.1k views
Read More →
Archives

Idea Cellular's arena of smartphones just got a new entry with the launch of Idea AURUS 2, an all new Dual-SIM Android smarphone, which is a successor to the Gingerbead...
4.1k views
Read More →
Archives

I sometimes get queries through email which I can't answer. So I post them here 😉 One query I got in my mailbox is related to the field of Software...
8.7k views
Read More →
Archives