Why is Choke used in motorcycles & other vehicles?

bhargav khanpara
WHY SOMETIMES WE GIVING CHOCK TO VEHICLE

Hi @bharghav Khanpura Its not "chock" and it's "choke".
Chokes are widely used in bikes especially during the startup of a bike in cold condition to start the ignition. When we pull the choke, The butterfly valve in the carburetor helps in supplying rich mixture(high fuel and less air mixture) so that combustion happens with ease.When we pull the choke , the butterfly valve will be in upright position.Hope you understand.If doubt arises please ask. 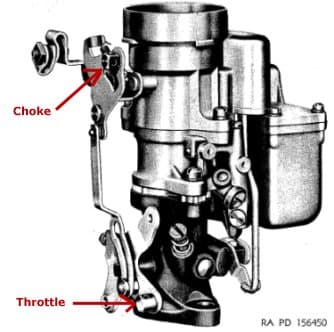 lal
So, when we use choke, just the air flow reduces? Or will there be any increase in the fuel inflow too?

Yes you are correct.Its not just about the closure of air flow but also the addition of fuel into the carburetor. This happens by the process where when we pull the choke ,The butterfly valve closes the air flow which makes the pressure difference inside the carbuteror and this leads to sucking of more fuel into the carburetor .So in this process we get a air fuel mixture rich with fuel to overcome coldstarting.
@Anand Tamariya • 15 Oct, 2013 A related question would be - why should choke not be used for normal functioning after engine start?
@Sarathkumar Chandrasekaran • 16 Oct, 2013

Anand Tamariya
A related question would be - why should choke not be used for normal functioning after engine start?

Because, the choke injects high fuel and less air, this makes the engine stall as there will be no air for burning the fuel. I have tried this practically many times and it works.
@vikaskumar11233 • 17 Oct, 2013

Anand Tamariya
A related question would be - why should choke not be used for normal functioning after engine start?

Well the choke is only used when required because the normal use of furl is easily available by the fuel tank. But the case comes when the vehicle doesn't comes up with normal fuel available. That's why choke is used to provide more than required fuel to the engine that make it to start well.
Choke is only made for emergency issues.
@Teja Reddy • 27 Feb, 2020 • 1 like 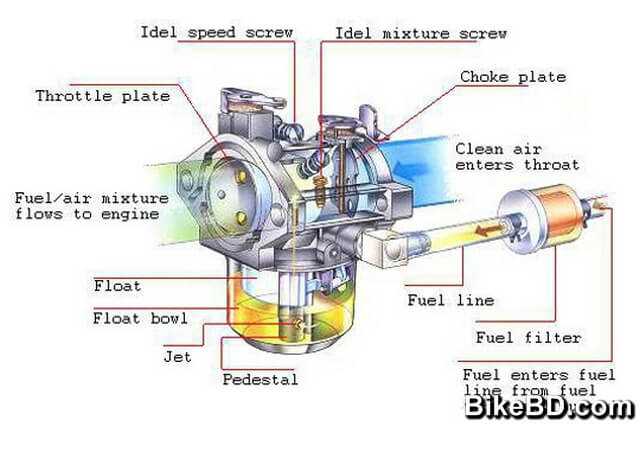 Therefore whatever the time or weather it needed to start a cold engine the question is, what is the reason or what is the purpose of choke? And what the roll it plays on starting a cold engine?

Yes choke lever directly increases the fuel ratio in air-fuel mixture.  In carburetor chock lever operates a valve or gate to control air or fuel to rich the fuel in the mixture.

The chock lever mechanism works to increase fuel or decrease the air ratio in the supply. Thus the chock instantly riches the air-fuel mixture and helps to quick ignition in cold engine. So that is the purpose or roll of a chock lever.

Hello I am new to the Visual Studio C++ i cant the book Visual C++ programming by yashwant Kanetkar , if any one have the link to download or study...
6.1k views
Read More →
Archives

Clear car rental is a startup based out of Aurangabad in Maharashtra. Sachin Kate, the founder of Clear car rental, moved out of his native place in Marathwada for basic...
5.3k views
Read More →
Archives

Hello crazy engineers, I need some new innovative ideas in order to conduct some interesting events in my college like in tech fests. In tech fests events are usually on...
4.8k views
Read More →
Archives

Difference between static and dynamic balancing of rotating masses

hi all so what is the difference between static and dynamic balancing of rotating masses. And how what is the need for dynamic balancing?
25.6k views
Read More →
Channels
👨‍💻 Remote Jobs 🗞️ News 🚀 Founders Circuit 🗄️ Archives ✨ Newsletter 🕹️ Changelog
About · Privacy · Terms of Service · Contact Us · © 2005 - 2022 CrazyEngineers. All rights reserved.