Vision Correcting Displays Could Spell The End Of Spectacles Era

Ankita Katdare · Aug 22, 2014
Rank A1 - PRO
Wearing glasses or contact lenses for being able to read or see properly has become more common than ever before, thanks to the constant viewing of display screens. What if we could find a corrective solution for our eyes using exactly the same displays as a medium? Well, a team of engineers & researchers from MIT and University of Berkeley has come together to develop a new form of screens called 'vision correcting displays'. The new computational display technology is simply marvelous because the images it displays are pre-distorted so that the viewer can see them clearly without the need of any eyewear. The applications of this tech are immense. Right from our e-readers and tablets, such displays can be used in dashboard mounted GPS devices for cars and other vehicles. 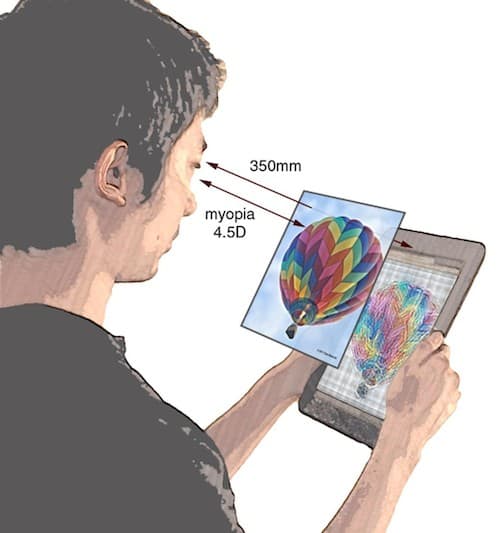 ​
For thousands of years, our spectacles have undergone little or no change, ever since their invention in the 13th century. In recent times, there have been the upsurge of contact lenses and corrective eye surgery. However, most of these measures are invasive. With the vision correcting displays, the engineers from UC Berkeley and MIT have achieved something that was unthinkable so far. Their solution basically puts the glasses on the display, instead of on your eyes. Considering the fact that, most bespectacled individuals spend a major part of their lives interacting with the digital world, the vision correcting displays are really a great boon in disguise (you won't even know they are there).


​
Fu-Chung Huang, the lead author of the paper based on this project and Brian Barsky, a Computer Science professor at UC Berkeley along with Gordon Wetzstein and Ramesh Raskar, researchers from MIT developed computer algorithms that can be used to compensate for a human's visual impairment. Their prototype setup involves a printed pinholes (each 75 micrometers and distanced at 390 micrometers) in a screen placed between two layers of clear plastic to an iPod display to enhance image sharpness. Based on the user's specific kind of visual impairment, the team's algorithm works by adjusting the intensity of each direction of light that emanates from a single pixel in an image. This light then passes through the pinhole array in such a way that the user sees a clear & sharp image.

MIT Media Lab's Camera Culture Group had earlier developed a glasses-free 3-D technology (Take a look here). The vision correcting display seems like a variation of the same. The new system operates by simulating an image at the correct focal distance, between the display and the viewer’s eye. Moreover, the MIT and Berkeley researchers have adapted the algorithm to the problem of vision correction, therefore the new display results in very little loss in resolution.

​
In the prototype developed by this team, they had to mask the display pixels from the parts of the pupil for which they’re not intended. To achieve this, they laid a transparency patterned with an array of pinholes so that the appropriate parts of the light emitting are blocked.

In the future, the team hopes to use this technology to provide solution for more complex vision impairment problems. Take a look at the following video to know more about the technology at work here -


​
What are your thoughts on the vision correcting displays? Share with us in comments below. Also, here are some of our covers on technology related to visually impaired people.

durga ch · Aug 22, 2014
Rank A2 - PRO
only one thought : what if multiple people are viewing the display? as in a TV? obviously single display cannot be 'watched' different by different users
0 Likes

Ankita Katdare · Aug 22, 2014
Rank A1 - PRO
@durga Another concern is - A person using these displays while driving a car technically can't be without spectacles. The idea of having everything else blurred but the digital screen - not clever.

Also, what happens when each of your eyes has different kind of visual impairments. 😲
0 Likes