Videocon Z55 Dash To Be Launched Exclusively Via Flipkart

@Ankita Katdare • 29 Aug, 2015
Can there be a smartphone that can cater to two diverse user groups aka customers from metro as well as the Tier 2 and 3 cities? It seems, Videocon Mobiles want to find the answer with its new smartphone called the Videocon Z55 Dash, which is priced in the most popular price range at Rs. 6490. Jerold Pereira, CEO at Videocon Mobile Phones is excited to have partnered with e-commerce giant Flipkart for the exclusive launch of Videocon Z55 Dash in the Indian market. (The smartphone is currently listed as an out-of-stock option). The mid-budget Android phone has a lot of worthy specs under the hood. 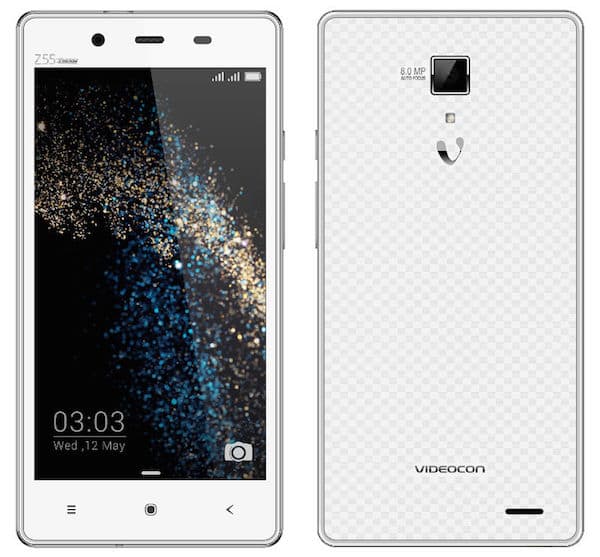 ​
To begin with, there's the powerful 1.4 GHz Octa Core processor at the core coupled with 1 GB RAM alongside 8 GB ROM which is expandable to a storage size of 32GB via microSD card. The phone's 5-inch touch screen is adorned with 1280 x 720 pixel HD display made safe with Dragontrail X glass and an anti-fingerprint coating.

The phone supports 2 SIM cards and brings support for Bluetooth 4.0, WiFi, GPS as well as 3G HSPA+ network for connectivity. Running on the slightly older version Android 4.4.2 KitKat OS out of the box, the Videocon Z55 Dash has a 2200 mAh battery at its core that should last the better part of the day.

Soon to be made available for Indian customers in two color variants - White with Silver & Black with Gold, the Videocon Z55 Dash smartphone hopes to crack the equation of bringing high-end features at an affordable price tag.

Among a bunch of exclusive features that the phone brags about, there's the company offering 90-day subscription of its V-Secure antivirus app and the V-Safe tool - that lets the user contact his or her family in case of an emergency automatically. Another unique selling point for the phone is that it's being developed completely locally under the Government of India's 'Make in India' initiative.

What are your thoughts about the Videocon Z55 Dash? Share with us in comments below.