Vespa VX Scooter Announced In India - Here's All You Should Know

@Ankita Katdare • 13 Jun, 2013 • 1 like
Piaggio, the Italian scooter manufacturer, has showcased its new two-wheeler with Vespa VX in Pune. A variant of the original Vespa, VX has got a lot of new features to boast off. Though the similarities lie around the 125cc, four stroke, 3-valve single cylinder engine delivering 10.06PS of power @ 7,500rpm and 10.6Nm of torque @ 6,000 rpm along with the automatic CVT transmission, let us look at what all is new on this scooter. There's a 200mm front disc, a reworked instrumentation cluster and a more detailed and attractive grab rail. Coming in new color options shades - two Metallic Green and Dual tone Red & Pink, the Piaggio Vespa VX has a monocoque chassis and linked suspension at front and single-sided suspension at rear. Sporting off the MRF Zapper tubeless tyres, option of a beige-coloured seat and a new speedometer, Vespa VX is definitely going to grab the rider a lot of looks when riden.

The original Vespa was received very well by the Indian two-wheeler fans, but the company hasn't gone climbing up on the sales charts. And now, with the launch of this much powerful variant, the Vespa VX might just take a further plunge. This will be assured only if the needs of the budget-friendly young crowd are met by putting a lighter price tag on this scooter. But, we can say this without doubt that Vespa is a premium standard scooter and therefore the price of the original model was comparatively higher than the other scooters at the time it was launched. This was a major drawback for success of Vespa in India. 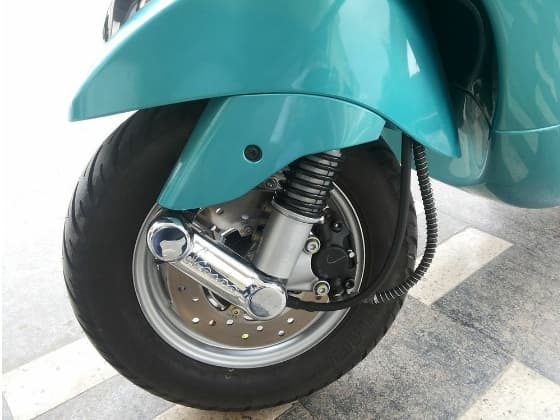 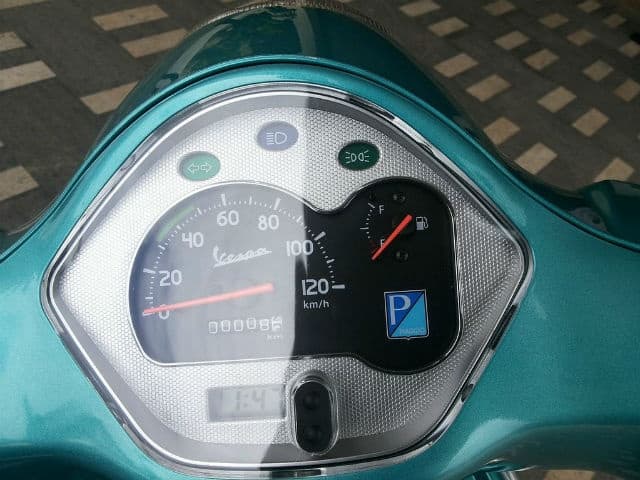 Though there is no official word about price in India for the Vespa VX, we can wait till it gets declared on June 20. We love the fact that Vespa was able to carve out a niche for itself and thanks to its trendy looks, young and middle-age audience have been easily able to strike a chord with this two-wheeler. According to Piaggio, Vespa's parent company, it manages to sell around 4,500 units every month which is commendable given the steep tag. Till the time we get to dig on the new scooter's features, price and pictures, we can expect a launch later this month at a price of around Rs. 2500 above the regular Vespa. We will keep you updated.
@Sarathkumar Chandrasekaran • 16 Jun, 2013 yes its a classic from vespa.i love the price because it gives the best chassis and advanced engine with 3valve engine.yes it may be not received as it should be due to the fact that the company dont have a muscular bike model and women dont want to invest more on their vehicle.I would be glad if vespa releases a bike model soon
@Anoop Mathew • 17 Jun, 2013 Vespa's got a name for being classy. And they may keep it that way. Would like to see a macho version of Vespa as well. Give the older folks a taste of classiness and let the younger folks have some fun. This way, they can boost sales is my best guess.
@nevaeh • 18 Jun, 2013 there's a prediction among people that rise in fuel prices could make a back off for vespa VX but the classic design boosts up young people mind.
@Ankita Katdare • 04 Jul, 2013 Looks like we have more news on this one!
Piaggio today expanded launched its new model 'Vespa VX' at a price of Rs. 71,380 (ex-showroom Delhi).
Piaggio Vehicles (India) Chairman and Managing Director Ravi Chopra told the reporters, "We hope to further strengthen the premium segment with the Vespa VX. After the success of the first phase in Vespa launch with a single model just over a year ago, Piaggio is now moving into the second phase for the expansion of the product range. There can be another product launch by the end of this year. We want to have different products for different consumer needs".

"We are looking to create a premium luxury segment (in scooters) which is non existent at the moment," Chopra said.
2.1k views

I have a question... how i can get input from the user in graphics mode. I want the cursor placed directly after "Enter number here: " but I'm not able...
1.9k views
Read More →
Archives

What is Gyroscopic Couple?

Can some explain me the concept of gyroscopic couple and is there any good project on it, plz help me with some examples in general life??????
9.3k views
Read More →
Archives

How to create awesome PPT for seminar

I read "How To Present Yourself In Seminar" such a dope thread. But question arises that How to create the presentation ? I mean how to create awesome PPT containing...
2.4k views
Read More →
Archives