Question asked by Ankita Katdare in #Hacking and Security on May 22, 2013
Feed Ask New Question

Ankita Katdare · May 22, 2013
Rank A1 - PRO
Twitter, the 140 characters micro-blogging platform, just got better for the Apple iMac and Macbook users with the launch of its version 2.2.1 update. Twitter for Mac users who run the latest OS X - Mountain Lion have good news, because now there's support for the much-awaited Notification Center. So now, whenever you do an @mention, @reply or send and receive a DM (direct message), you will get a ping in the side panel. All you have to do is configure the settings in the app's Preferences window. Twitter mentions that they have incorporated a numer of bug fixes in this update so that there's more stable experience from the app. The update which is now directly available via the Mac App Store right now, has got the Growl users a fix. The notifications that were earlier not working in Lion and Mountain Lion are now back on.

Other than these, there are fixes for the bug that prevented un-favoriting tweets and for missing account switcher in composer. The crashes of the app are now reduced an there's a fix for enlarged avatar when dragging a tweet into an email. 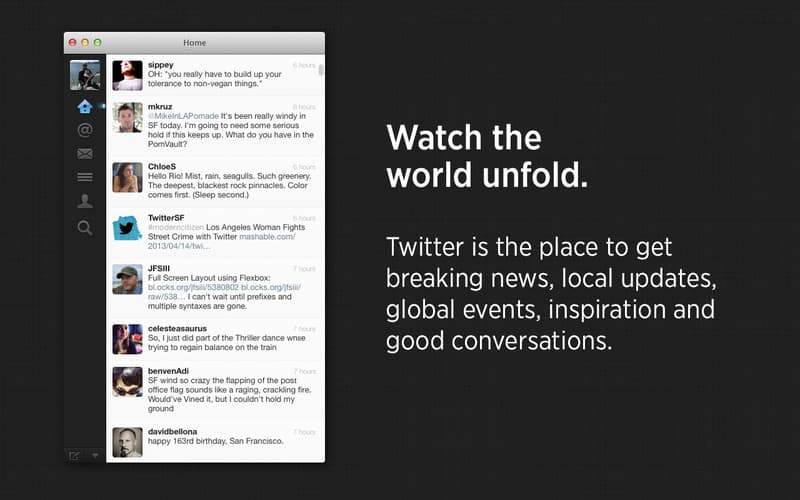 In another news, Twitter mentioned in a blog post on Wednesday that users will now be able to enroll in a login verification program. While signing up on Twitter, you will receive a six-digit code using a text message. So, besides your username and password, you will have to enter the code as well to log in. Just like Google or Microsoft, Twitter will ask users for a verification code each time they log out and log back in, even if it's from the same computer. The others allow you to bypass that if you are using the same computer regularly. Here's a simple video to explain it all to you -