Sharvari Panchbhai · May 26, 2015
Rank C2 - EXPERT
Researchers at Columbia University School of Engineering have devised a new revolutionary approach for developing a working diode that consist of a single molecule. The team led by Latha Venkataraman, associate professor of applied physics at Columbia Engineering, built molecular diodes that perform 50 times better as compared to the earlier designs. Moreover, a single-molecule diode not only has high rectification of more than 250 but also creates a current of about 0.1 micro Amps. It looks like the diode has a very small 'on' current, however it is high for a single molecule. This breakthrough has the potential for technological applications in nanoscale devices. 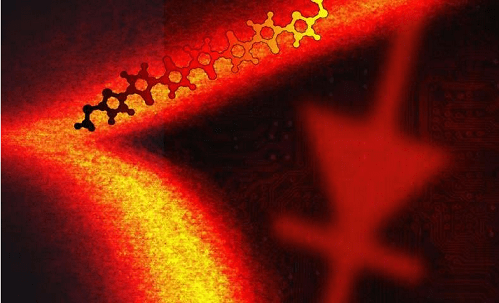 ​
The objective of constructing a device that consists of a single element like molecule was first proposed in by Arieh Aviram and Mark Ratner in their seminal paper in 1974. They theorized that a molecule could function as a rectifier and as a one directional conductor of electric current. In this study, the researchers designed molecules that have asymmetric structures because a diode acts as an electricity valve and therefore, needs asymmetric structure. They also concentrated on developing environmental asymmetry around the molecular junction. This task was achieved by surrounding the molecule with an ionic solution and by employing gold metal electrodes of various sizes in order to establish contact with the molecule. The ratio of 'on' current to 'off' current also known as rectification ratio was exceedingly low in earlier molecular diodes. The ratio was observed to be as high as 250: 50 times when compared to the previous designs.

The research is at the nascent stage and the team is trying to increase the recorded rectification ratios by employing new molecular systems. The research paper titled 'Single-Molecule Diodes with High On-Off Ratios through Environmental Control' was published in the journal Nature Nanotechnology.