Tata X0 - Tata Motors Compact Car Is Based On Indica

@Kaustubh Katdare • 13 May, 2013
Tata X0 is the new small car under development at Tata Motors' Ranjangaon plant near Pune. The sources closer to the development have confirmed that the new compact car will be based on the popular Indica platform and may see sunlight not before 2015. The X0 may draw its design inspirations from Indica but will carry the 'small car' label, along with their Nano brand. Nano has not been performing to the expectations. In April this year, Tata Motors could ship only 948 units which is drastically low as compared to 8028 units in April 2012.

Why a new compact car? Well, with Tata Nano's underperformance, Tata's car plants at both Ranjangaon (Pune) and Sanand (Gujarat) are being under utilised. The main aim behind launching X0 is to optimise the production at both these plants and expedite the return on investments that have gone into this project. The company is rumoured to have conducted feasibility study for the X0. 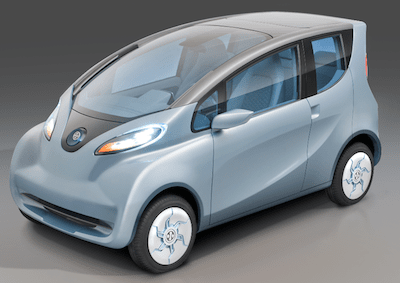 We do not yet have the details of the design and engine specifications of Tata X0. Regular readers of CrazyEngineers may remember that X0 isn't the only 'compact car' Tatas have considered in recent times. We've seen concepts of Tata Pixel & Mega Pixel which Tatas planned to launch in European markets. In the mean-time, Bajaj Auto has also forayed into the 4-wheeler markets with their RE60 - which has attracted positive & negative buzz from the auto-critics. The real question is - are Indians really after small, compact cars?

The sales figures of Tata Nano may suggest otherwise. Owning a car in India is still considered as a 'status symbol' to some extent. No one really wants to drive 'world's cheapest' car. Tatas quickly learned that and have began marketing the car as 'cool' & 'compact' car.

We'd wait until we get more information about X0 and what Tata's engineers have planned for this new compact car. Check out our exclusive interview with Mr. Girish Wagh - the engineer behind Tata Nano.
@Kaustubh Katdare • 13 May, 2013 By the way, does anyone know what happened to The Pixel concept that Tata had introduced? It seems to have vanished from the tech news scene in the last few weeks.
10.2k views

What is the difference between De Morgan's theorem and Principle of Duality?

Can anyone tell me what is the difference between De Morgan's theorem and Principle of Duality?
5.9k views
Read More →
Archives

Surendranath Reddy joined Anna University to pursue engineering in Electronics & Communication. For some reasons, he had to dropout. He got a job as a Robotics Engineer at a startup...
9.4k views
Read More →
Archives

sir, what are the methods to control knocking....?
5.2k views
Read More →
Archives

why lead acid battery has more negative plates than positive