@Ankita Katdare • 08 Jan, 2016 • 2 likes
Tata Sky has decided to make its service called 'Everywhere TV' accessible for free to all its subscribers. Back in 2013, the DTH operator had announced Everywhere TV on Tata Sky mobile app - a feature that lets users stream 80+ live channels. They charged customers with Rs. 60 per month fee to access the service. The Tata Sky mobile app is available on several platforms including Android, iOS, Windows and Mac OS X. With Everywhere TV, users could not only watch live TV channels, but also have access to Videos on Demand and catch up TV videos. It only seems like a right move for the DTH service provider as Netflix India has started raves across the country. 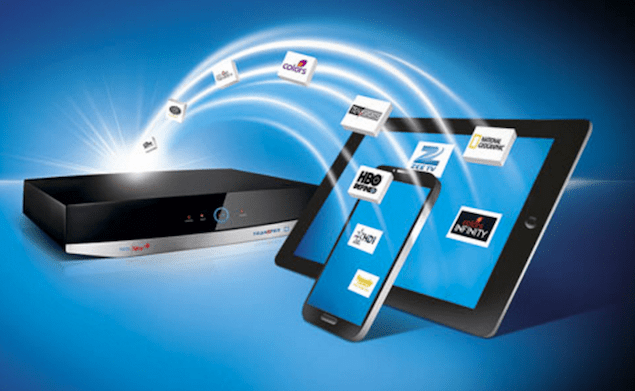 ​
Registration for Tata Sky's Everywhere TV feature is a free of charge process. Users need to download the app from their respective app stores. A valid Tata Sky Subscriber (someone who has a positive account balance) can enter the subscriber ID/RMN and give a friendly name to the device to easily identify it, a feature much similar to Bluetooth pairing option.

Once that's done, allow Tata Sky to contact you on your RMN. Forward the second SMS you receive to the number specified to activate your Everywhere TV pack. Users can order any title of their choice from the 'purchased' catalogue on mytatasky.com. This title will automatically reflect under Everywhere TV > Purchased >Available on the Tata Sky Mobile App.
​
Those joining the service should note that Everywhere TV an be activated on a maximum of 2 Devices of an Active Tata Sky Subscriber simultaneously.

What are your thoughts about Tata Sky's move to make their Everywhere TV service free of cost for all subscribers? Let us know via comments below.

For Tata sky , they need a valid Subscriber ID or Registered mobile number. But Netflix you can register and even available with several smart tvs.

Tata sky mobile service is cost of Rs 60 per month. And this movement will help them to increase the dish count.

Still the market is growing, we will expect new competitors with new schemes.
@Ankita Katdare • 09 Jan, 2016

Ankita Katdare
Oh no. It was earlier Rs. 60 per month. Now they have made it free for all.

I just tried it out. The registration was easy enough - entered my mobile number, the app took a few seconds and I was in. 😀

It crashed 2 times but eventually managed to open the 'Everywhere TV'. Navigating the channels was easy.

I even tried watching something on NatGeo - but there was no audio! 😔 Does anyone else have the same problem?

On the whole, I probably won't be using this service a lot. Here are my reasons:

hi, i am studying my b.e aeronautical... i need a quite a few good topics, so that i could successfully prepare and present my presentation...
10.9k views
Read More →
Archives

if anyone has got the solution or answers to the problems to this very good book, please help me. e-mail me the solutions at bishshoy.scientific@gmail.com 😁
4.9k views
Read More →
Archives

How to calibrate proximity sensor on android phone?

I'm facing this problem with the proximity sensor on my Galaxy Note II. The screen turns blank when I'm on call (the phone's near the ear) but it does not...
76.2k views
Read More →
Channels
👨‍💻 Remote Jobs 🗞️ News 🚀 Founders Circuit 🗄️ Archives ✨ Newsletter 🕹️ Changelog
About · Privacy · Terms of Service · Contact Us · © 2005 - 2022 CrazyEngineers. All rights reserved.