Dhananjay Harkare · Apr 8, 2014
Rank C1 - EXPERT
The all-new emotion-sensing controller is born in the lab of Gregory Kovacs, professor of Electrical Engineering at Stanford University. The controller senses player’s emotions and brain activity to make game interesting when the player is bored. A team of students in collaboration with Texas Instruments have focused on practical ways of measuring physiological signals to develop a prototype controller. Similar system called autonomic nervous system which reflects the emotional part of brain is used to judge the player’s brain activity and is a brainchild of Corey McCall.

McCall, the lead in the project realized that people playing video games can easily be monitored in various mental states. He replaced the back panel of Xbox 360 with a 3D printed plastic module packed with sensors. Small metal pads are used to monitor and measure the player’s heart rate, blood pressure along with the rate of breath and how deeply the user is breathing. Other sensors include an accelerometer to observe how frantically the player is shaking the controller and a light-operated sensor to have second measurement of heart rate. All this is done to develop a picture of how much the player is mentally involved in the game. The software increases the intensity of game when it senses that the player is bored. 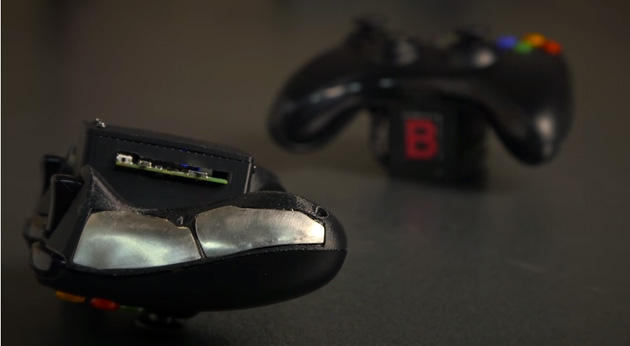 ​
McCall got good response when he presented the controller in Consumer Electronics Show in Las Vegas, in January. If the player is bored playing racing car, the controller would sense emotion to increase the traffic on track to hold gamer’s interest. Share with us how would you like to play with such a smart-controller.

Satya Swaroop Dash · Apr 8, 2014
Rank A3 - PRO
With this controller gone are the days of chilled out gaming. Every second of every game is going to test the gamer's ability to the fullest. I know in my heart that there will be a off button somewhere when it makes to the actual gaming market.
0 Likes

Satya Swaroop Dash
I know in my heart that there will be a off button somewhere when it makes to the actual gaming market.

Here it is mentioned that -
"The software increases the intensity of game when it senses that the player is bored."
Well, would it really make the game better? It will definitely make it harder to play - which means we quit even sooner if we're bored.
0 Likes

"The software increases the intensity of game when it senses that the player is bored."

This would be applicable if player is bored because s/he finds game way too easy.
0 Likes