@Ankita Katdare • 28 Jun, 2015
Sony India just brought its new smartphone Xperia Z3+ to the Indian shores hoping that it will compete the high-end phones in the market. Even if that might be the case, the phone has major highs and lows in terms of features. Talking of the positives first, we have a slimmer than ever design at just 6.9 mm thick body that weighs only 144 grams. The designs boasts of a sleek rounded aluminium frame which also has been tested to be waterproof and resistant to dust. Next on the goodie part is the 2930 mAh battery that is said to offer a talk time of up to 17 hours. The Xperia Z3+ has a 5.2 inch FHD (1920x1080) display that doesn't disappoint either.

When it comes to Sony mobiles, camera is the one feature that's most looked forward to. With Xperia X3+ we have a 20.7 megapixel rear primary camera (with 8x Digital Zoom) and a a 5 megapixel front camera, both of which feature 25 mm wide angle and Exmor RS sensor. Proudly called 'Sony’s best phone camera', the Xperia Z3+ lets you record 4K resolution (3840 x 2160 pixel) videos and play them back on a 4K TV or projector using the latest MHL 3.0 connector. 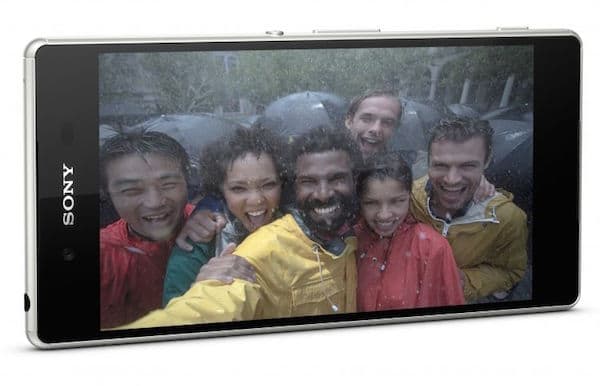 ​
The storage is only as better as it can get with a powerful 3 GB RAM alongside a 32 GB flash memory and support for extension of storage to 128 GB via microSD card. At its core, Sony Xperia Z3+ runs on Android 5.0 Lollipop operating system.

Now to the not so good part, here we have a 64 bit Qualcomm Snapdragon 810 Octa Core processor (Quad-core 2.0 GHz + Quad core 1.5 GHz) that has some serious heating issues as has been pointed by several top tech blogs. However, Sony seems to have not heeded to the pressure that was building up around the processor and gone ahead and launched the smartphone. It is likely that a firmware update for the Xperia Z3+ could be on its way in a few months.

With all those features, Sony has priced the Xperia Z3+ in India at Rs. 55,990 which makes it a considerably costly Android device. With similar features, users can get a smartphone at a half the price with all the competition brewing up. If you are after the brand, Sony Xperia Z3+ might prove to be a delight with its looks and above average features.

Let us know your thoughts about the new Xperia phone in comments below.

Why are engineers not getting jobs in India? Let's discuss the unemployment conditions

Every year India produces around 1.5 million engineers from its 6000+ engineering and technology institutions, which is more engineers than the USA and China combined. It seems like a wonderful...
3.9k views
Read More →
Archives

Is there a solution to the Two Army Problem?

While studying Transport Layer's 'releasing a connection' topic, I came across the famous 'Two Army Problem' Imagine that one army (say white army) is encamped in a valley. On both...
6.3k views
Read More →
Archives

Everyone needs a little inspiration throughout their career. Inspiration is what keeps us motivated and passionate about what we do. So,here's my experience at Doordarshan. I got to know about...
14.6k views
Read More →
Archives

hi, can some one suggest me som new topics or even ideas like : 1) production of electrical energy using gravitational force(i found this in ce forum) - som thng...
3k views
Read More →
Archives

Hello, I am doing my final year of engineering in computer Science. I would like to work in embedded systems for my final year project but i have few questions...
4.9k views
Read More →
Channels
👨‍💻 Remote Jobs 🗞️ News 🚀 Founders Circuit 🗄️ Archives ✨ Newsletter 🕹️ Changelog
About · Privacy · Terms of Service · Contact Us · © 2005 - 2022 CrazyEngineers. All rights reserved.