@Ankita Katdare • 16 Sep, 2014
Sony India has launched a new smartphone - the Sony Xperia E3 and its Dual-SIM variant in India today after the grand unveiling at IFA 2014. You will find that the Xperia E3, a new entrant in the mid-budget Android smartphone market in India, scores well on many fronts when it comes to the specifications. Featuring a 4.5 inch durable (scratch resistant) tempered glass IPS display with a resolution of 854 x 480 pixels, the Xperia E3 features resilient corners, a distinctive aluminium power button, 8.5 mm thickness and weighs just 145 g. Powered by a Qualcomm Snapdragon 1.2 GHz quad core processor coupled with an Adreno 305 GPU, the new Sony smartphone is priced at Rs. 11,790 - which makes it compete with the likes of Moto G, Asus ZenFone 5 and Xiaomi Mi 3.

Packed inside the beautiful body is 1GB RAM and 4GB of internal storage which is expandable up to 32GB via microSD card. Both devices runs Android 4.4 KitKat OS and come with a 5 megapixel camera on the rear with Sony’s innovative auto scene recognition feature and HDR for pictures and a VGA camera on the front. The camera apps that come pre-installed with the Xperia E3 include - AR fun, Social live, Timeshift Burst and AR Effect. The network & connectivity options include - 4G LTE, 3G, GPRS/ EDGE, Wi-Fi, A-GPS with Glonass, USB 2.0, FM radio with RDS, Bluetooth 4.0, and a 3.5mm jack. 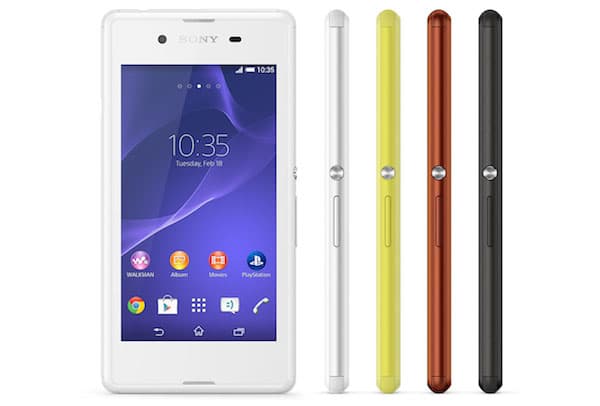 ​
A 2330mAh battery powers up this phone and the company claims that it offers up to 12 hours 20 minutes of talk time, and up to 706 hours of standby time. Additional features include the presence of Battery STAMINA mode & extended standby and usage mode, that ensure the phone keeps running when you need it the most. With the convenience of the quick launch app, Sony Xperia E3 users can open any app on your smartphone with a pre-defined gesture.

While the Sony Xperia E3 is priced in India at Rs. 10,990, its Dual-SIM variant aka Xperia E3 Dual is priced at Rs. 12,990. Thankfully, there's no news as of now about the company's exclusive tie-up with an e-commerce portal for selling the smartphones online. 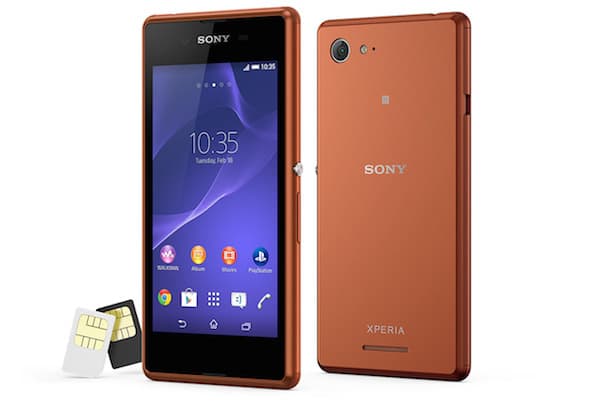 ​
If we compare the Sony Xperia E3 with the ever popular Moto G, we find that the latter scores a notch higher than the former in certain features such as -

Coming to the Pros & Cons - The phone is great value for money when it comes to battery life, storage and processing speed. Whereas, the cons include a poor front camera and a slightly lower screen resolution. And that's all for now. We will keep you updated on the phone's availability details. Till then, let us know your thoughts on the new Sony Xperia E3 smartphone in comments.
@Gollapinni Karthik Sharma • 16 Sep, 2014 But its better going with Moto G instead of this phone. Except the battery is con for Moto G but rest all seems promising for Moto G instead of this E3.
@Ankita Katdare • 16 Sep, 2014 Agree with you on this. 👍
Even then, I have some friends who are loyalists to the Sony brand and they were eagerly waiting for this phone's launch. At that price, the difference between the specs is very little.
@Gollapinni Karthik Sharma • 16 Sep, 2014 May be people loyal to brands never change I guess. I still did not get why waiting for this phone so specially. Its not such a big game changer also. What is your point in this @Ankita Katdare ?
@Ankita Katdare • 16 Sep, 2014 • 1 like They might have loved it at the IFA 2014 Berlin launch event. Probably because no other phones from Sony offer that kind of specs for that kind of money. I think Sony Xperia M Dual became quite popular for the same reasons when it was introduced.
@Sarathkumar Chandrasekaran • 16 Sep, 2014 Yeah Sony has come out of its comfort zone and releasing some mid range android phones and i am quite happy with the specs!!! Reliability make sony a better choice from my view!!!
@Rajni Jain • 16 Sep, 2014

Given the comparison, Though MOTO G wins over Xperia E3 in Camera, but battery would be the deciding factor. Also, I love the Sony exteriors better than MOTO device (that may be only me !!)

General Motors India seems to be all geared up for the Delhi Auto Expo in India which is going to be held between 7-11 February, 2014. Creating a buzz among...
4.3k views
Read More →
Archives

Engineers at the Indian Institute Of Technology, Madras were super busy for about a decade to bring your 2 BHK dreams to reality. The new construction method developed by IIT-M...
41.3k views
Read More →
Archives

Download WhatsApp Status photos and Videos into your phone

WhatsApp, the messaging service that has become a necessity in the age of smartphones shows no hints of slowing down. WhatsApp tries to integrate features that it sees on other...
8.1k views
Read More →
Archives