@Ankita Katdare • 24 Jan, 2015 • 1 like
To think that it about time that Digital TV becomes available from the comfort of your smartphone or tablet, is an appropriate thing. At CES 2015, Sony launched a Digital TV Tuner Module that can be incorporated with smartphone, automotive infotainment systems, navigation systems, PCs, tablets and many other mobile devices. The good news is that Sony India is introducing this DTV Tuner module at Convergence India Trade show at Pragati Maidan, New Delhi from 21st to 23rd January. Going by the model number SMT-EW100, the Sony digital TV tuner is said to be the world's smallest and yet it has a high quality reception feature. The company claims that power consumption of the module is pretty low and therefore integrating it with mobile devices is quite easy.

The DTV tuner module features support for many digital terrestrial TV broadcast systems such as DVB-T, DVB-T2, DVB-T2 Lite, ISDB-T and ISDB-Tmm. Sony India will also offer an antenna along with software and technical support within the package. 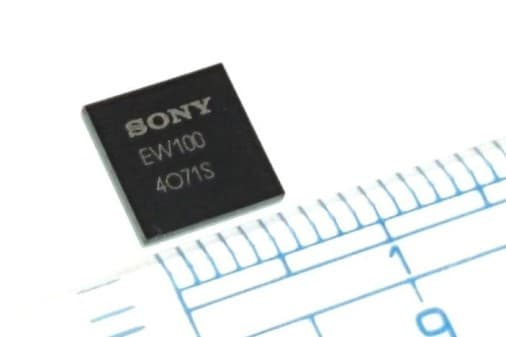 ​
As we take a look at the tuner module's specs, we find that it's just 6.9 mm x 6.9 mm x 1.0 mm in dimensions and consumers less than 200 mW of power. As far as interfacing data is concerned, it supports TS, SPI, SDIO and for control, there's I2C, SPI, SDIO. Sony will be supplying the Digital TV Tuner module with the Android driver package.

That's all about the new module. What are your thoughts on integrating the Digital TV Tuner in your smartphone? Share with us in comments below.
5.8k views

Intel’s plan to launch dual-boot devices has been ruined by Google and Microsoft. Dual-OS devices were one of the big stories at CES this year. Asus had announced the Transformer...
4.2k views
Read More →
Archives

Automation or Embedded as a career for future scope?

I am jobless ECE engineer. What is future scope of automation and embedded systems?what is current and future market trends in those fields? I Wanted to do training course in...
5k views
Read More →
Archives

Toyota Corolla 2014 is coming. And soon. It has been confirmed that Toyota is launching the latest version of its top car Corolla at the Delhi Auto Expo in February...
6.4k views
Read More →
Archives

How many engineering colleges are there in India?

CEans, Starting January 2010, we will be contacting all the engineering colleges in India to spread the word about CrazyEngineers. I couldn't find some concrete information about the number of...
7k views
Read More →
Archives

While accessing Whatsapp via Web if you are getting error "Trying to reach phone, make sure your phone has an active internet connection" along with "retrying in x seconds" message...
34.2k views
Read More →
Channels
👨‍💻 Remote Jobs 🗞️ News 🚀 Founders Circuit 🗄️ Archives ✨ Newsletter 🕹️ Changelog
About · Privacy · Terms of Service · Contact Us · © 2005 - 2022 CrazyEngineers. All rights reserved.