Kaustubh Katdare · Jul 10, 2013
Rank A1 - PRO
Snake robots aren't new to the world, but the engineers are finding out newer ways to exploit the capabilities of these robots. The snake robot developed by Carnegie Mellon University's Biorobotics Lab aims to survey the nuclear plants - by going into the places humans can't. After the Fukushima incident, several snake and explorer robots were designed. But this robot is special. It's got a camera and an array of LED lights to give the clear video stream of what the robot sees. It can roll itself in the corkscrew pattern and quickly move into the places people can't. 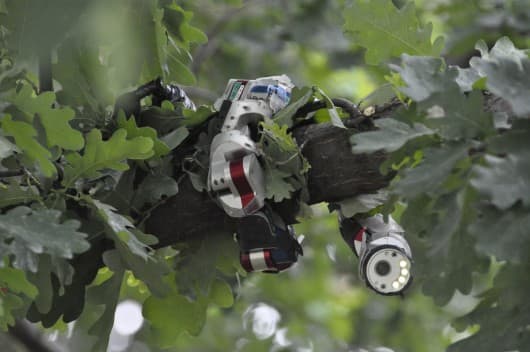 The bot itself is just 5cm in diameter and about 97cm in length. It's got 16 joints which make it really flexible and move like a real snake. The only major restriction this robot has is that it's tethered by a power cord.

The presence of power cable limits the range the robot can explore. Looks like the battery capacity limitations have pushed the team discard an on-board battery with a connected power cable. Check out the video of robot in action.


​
​
Let's start exploring the ways this robot can be made to roam free without any restrictions. What say? Posted in: #Robotics
0 Likes
@ A2A Reply

Jeffrey Arulraj · Jul 10, 2013
Rank A2 - PRO
Attaching sensors for radiation leak is surely a good idea to implement in it's area of work