@Ankita Katdare • 25 Feb, 2014
Samsung Electronics Co. Ltd. has launched new smart cameras in its WB series back in January. And today it has launched four from the series in India with Samsung WB35F, WB50F, WB350F and WB1100F. Featuring enhanced connectivity with NFC and WiFi, these cameras make it easy to share photos as you capture them and among its several 'smart' features, you will find hassle-free controlling of the cameras through smartphones or tablets. A Tag & Go feature removes the need of manual configuration and connects the cameras with smartphones just by touching the two devices together. Equipped with suite of standard Smart Mode and Smart Auto Mode features for customization and optimal settings control, as well as with support for apps like Photo Beam, AutoShare and Remote Viewfinder, you get to do a lot more with the Samsung's smart handhelds.

Let us take a brief look at some of the features of all four cameras. The Samsung WB35F and WB50F smart cameras offer almost the same specifications. Coming in four color variants - Black, Red, White and Purple, both the cameras feature 16.2-megapixels via a CCD image sensor, a 12x optical zoom lens, OIS (Optical Image Stabilization), and 720p HD video recording. The WB35F has has a 2.7-inch QVGA LCD screen for navigation, whereas the WB50F has a 3.0-inch one. In both cameras, you can upload images directly to Dropbox. While the WB35F is priced at Rs. 12,490, the WB50F will cost you Rs. 14,990. 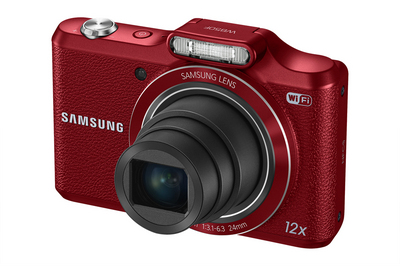 The Samsung WB350F smart camera features 21X optical zoom and in addition to that a 23mm wide angle lens. This one also comes with a 16 megapixel BSI CMOS sensor and can capture Full HD video recordings at 30 frames a second. You will find a 3.0-inch hVGA Hybrid Touch LCD Screen on this cam and different smart modes like Dual Capture and Baby Monitor. It will be available in White, Black, Brown, Red and Blue colours at a price of Rs. 21,490. 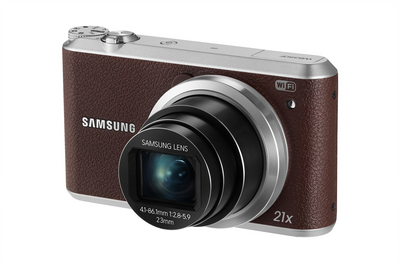 Samsung WB350F​
Last but not the least on today's list is Samsung WB1100F smart camera brings that offers a 35X optical zoom with a 25mm wide angle lens. With ability to capture both depth and breadth, Samsung WB1100F offers a Speed Control key that lets users move through the various levels of zoom with speed and ease. Available in two colors - Black and Red, this one is priced at Rs. 20,990. 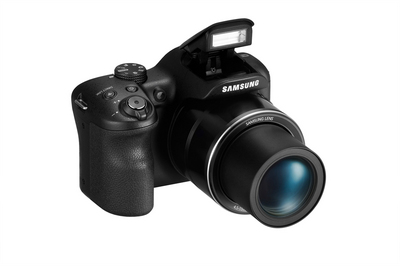 Samsung WB1100F
​
Unveiled at CES 2014 earlier this year, all these compact camera models have been effectively priced and might appeal consumers in Indian market. What are your thoughts on the features and specs that these smart cameras have to offer? Share with us in comments below.
@Anoop Mathew • 25 Feb, 2014 • 1 like Well, the Samsung WB350F looks sleek 👍. But on a serious note, anyone who's got into DSLR's would think twice before jumping into this.

P.S.: One good factor that I see coming up is this: The iPro Lens System

@Ankita Katdare • 26 Feb, 2014 @Anoop Mathew For most people who aren't interested in serious photography, but want a handy device that can capture moments in a really good quality, do the Samsung Smart cam series stand a chance? Should people consider this as a good alternative in the mid-budget segment?
4.5k views

Please give me the suggestion for the Mini project ..please help me out...
9.6k views
Read More →
Archives

do give guidelines how can i prepare a good ppt for technical seminar presentation..can anybody upload a sample ppt presentation here....
10.5k views
Read More →
Archives

Samsung Galaxy S4 has been launched in Indian markets for a price of Rs. 41,500. People were skeptic about the time-line Samsung would follow to bring the phone to India....
18.3k views
Read More →
Archives