@Ankita Katdare • 23 Sep, 2013
Samsung Galaxy Trend has officially entered the Indian market. With the phone listed on Samsung's official India online store for a price in India tag of Rs. 8,700. Samsung, the company whose phones are talked about and discussed over coffee and dinner in every household these days, is here to offer a new smartphone in the competitive Android smartphone arena. The Samsung Galaxy Trend is also being made available through online retailers like Flipkart and Snapdeal for a discounted price of Rs. 8,490. The Samsung Galaxy Trend comes loaded with bunch of useful and usual features. Let us take a look at them one by one.

Feauturing a 4-inch WVGA TFT display with 480 x 800 pixels resolution, the Samsung Galaxy Trend specs a 1GHz processor and a dual-SIM (GSM+GSM) fearture running over Android 4.0 Ice Cream Sandwich with TouchWiz 4.0 UI on top. Digging deeper in the tech specs list, we see the dimensions listed as 121.5x63.1x10.85mm and a weight of 126 grams. The trend-y phones rear camera is a 3-megapixel with no flash and features single shot, panorama, smile shot, share shot, photo effects, white balance and a timer. 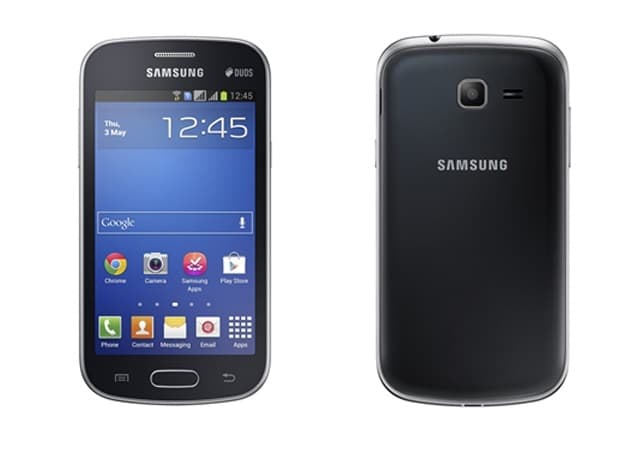 Coming to the memory - The device comes with 512MB of RAM and 4GB of inbuilt storage, out of which only 2.05GB is user-accessible. It also supports expandable storage up to 32GB via microSD card. There is a 1500mAh battery backing the device which the company claims can deliver up to 8 hours of talktime and up to 350 hours of standby time. Connectivity features on the device include Wi-Fi, Bluetooth, EDGE, GPRS and 3G. Therefore the Samsung Galaxy Trend specifications in a nutshell are -
Available in two colors - black and white, depending on the country - the phone is a good attempt at bringing forth a mid-range budget device. Let us know your thoughts about the same through comments.
@Ankita Katdare • 23 Sep, 2013 Looks like there was is some confusion with online retailers listing that the phone features Android Jelly Bean out-of-the-box, when it is really featuring Android ICS.
I think they must be releasing the Jelly Bean update sooner than later.
5.8k views

Maruti Suzuki India Ltd, the country's largest passenger car manufacturer, never fails to amaze us. The last time we wrote about them it was about Maruti Ertiga CNG that help...
9.8k views
Read More →
Archives

We all love watching TV shows and movies but sometime that needs a little help deciphering the dialogue. For example if you are watching something with a deep southern Texan...
5.2k views
Read More →
Archives