@Ankita Katdare • 01 Aug, 2014 • 2 likes
Samsung Electronics India has launched three new mid-budget smartphones in India with Samsung Galaxy Star 2, the Galaxy Star Advance and Galaxy Ace NXT. Making official entry into the android phones below Rs. 10,000 in India, these 3 new phones have just about all the basic features that you would expect from any android phone in this price range. It's interesting to note that with these phones Samsung has become the company with one of the highest number of android phones in its portfolio that cater to every man's budget and features needs. Let us take a look at the features, tech specs and price of each of these Samsung phones individually.

Samsung Galaxy Star 2​
Starting with the star i.e. the Samsung Galaxy Star 2 which bears the price tag of Rs. 5,100. Featuring a 3.5 inch screen with 320 x 480 pixel resolution, the dual SIM phone runs on Android 4.4.2 KitKat OS and is powered by a 1 GHz SC6815A processor. Running atop a 1300 mAh battery, the Galaxy Star 2 smartphones features a 2 megapixel camera on the rear and no front camera. Users can connect to WiFi, Bluetooth and GPS. On the memory front, the phone brings 4GB internal memory expandable up to 32 GB via microSD card and a 512 MB RAM. 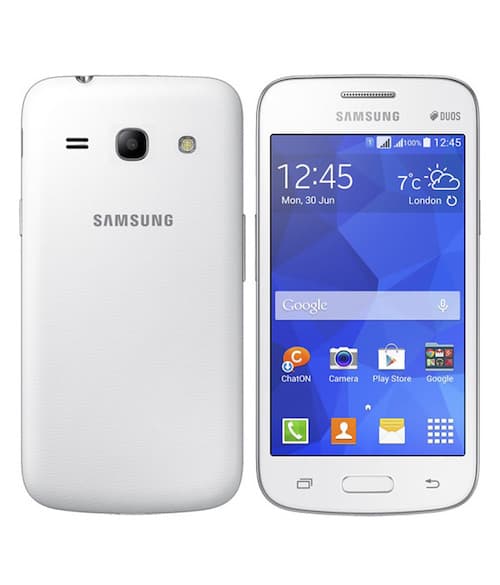 Samsung Galaxy Star Advance​
Moving on to the next phone - the Samsung Galaxy Star Advance smartphone, which is priced at Rs. 7,400, comes with a 4.3 inch LCD capacitive touch screen, a 1.2GHz dual core Cortex-A7 processor and a 1800 mAh Li-ion battery. The phone packs a 512 MB RAM inside it along with 4GB built-in memory which can be expanded up to 32 GB via microSD. The Dual SIM phone has no camera on the front, but there's a decent 3 megapixel cam with LED Flash and Digital Zoom on the rear. Running on the latest Android KitKat OS, the Samsung Galaxy Star Advance phone brings TouchWiz UI along with a range of connectivity options including - Wi-Fi Hotspot, Bluetooth V4.0 with A2DP, MicroUSB V2.0, A-GPS Support, FM Radio and a 3.5mm Audio Jack. 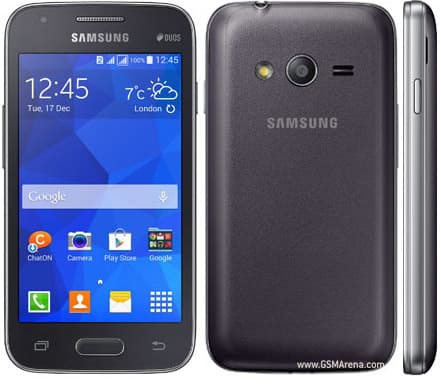 Samsung Galaxy Ace NXT​
Last but not the least on today's series of phones is the Samsung Galaxy Ace NXT phone. Priced at Rs. 7,400, this Dual SIM phone comes with 4 inch touch screen that has 480 x 800 pixel resolution. Powered by a 1.2 GHz Cortex-A7 processor and running on Android 4.4.2 OS, the Galaxy Ace NXT phone adds 512 MB RAM and 4 GB internal memory. There's a 3.15 megapixel HD camera on the rear that can capture pictures in 2048 x 1536 pixel resolution and also supports LED flash.

That's all about the highlighted features of the 3 new phones. Samsung India has shared in the press release that all of these smartphones support 12 Indian languages, which include Gujarati, Punjabi, Tamil, Marathi, Bengali and Hindi. So far, Samsung has been clear market leader when it comes to Android phones in India. With the home-grown brands launching newer options and multinational companies giving a fierce competition, the time has come when consumers move to others for better prospects.

Do let us know what are your thoughts on the new mid-budget Android phones from Samsung in comments.
@Gollapinni Karthik Sharma • 01 Aug, 2014 Seems attractive for buyers to buy, but not easy to capture the low end market with these phones because of the tough competition it is facing.

Its again the same design and touch interface, so people might think once before they plan to buy. But chances are more to buy these phones because trusting Samsung for mid range mobiles is far better than buy cheap unknown market phones. MotoG is there for competition but as it has problems Samsung might stand a chance with these 3 mid range phones.
@Vipin Thomas • 01 Aug, 2014 I don't know how Samsung has the guts to do it.. but all their phones look the same... They've been looking same so long.. that now they are pretty boring... Their UI is gr8.. but is heavy and sucks after long usage. They have stiff competition from Chinese in budget phones and from Apple, HTC, Sony, LG in high end phones...After success of galaxy S3 and Note..they seem to have lost it... I expect much better from Samsung..
@Root • 01 Aug, 2014 Perhaps a qwerty keyboard phones offering from Samsung....😘.

Seriously, 3.5" display, 8MP or 13 MP camera , 2GB RAM, 32 GB storage...! Will ya do dat, Samsung?
@Sarathkumar Chandrasekaran • 01 Aug, 2014 Its good to see Phones coming often but not too impressive .
Still they ride with <3MP camera phones with 512MB RAM which is not appreciatable .
Only positive :Latest kitkat OS and flash.

Soon the cycle will repeat and Samsung May loose its mid range mobile market to newcomers.
@Gollapinni Karthik Sharma • 01 Aug, 2014 The problem comes not with the OS. The issue is with the compatibility issues. When S3 is not able to cope up with the Android 4.2.2, how can these normal mid range phones cope up with?

Its always about the specifications and the OS. This is where apple grabs the market. There specifications are never low they cannot cope with their new OS. But if they release new OS version they can still work well but can the andriod mid range and low range phones work (some times even the high end phones) can work? This is the main reason where we people miss the main concept of correlation of OS and hardware.
@Rajni Jain • 02 Aug, 2014 There are atleast 100 smartphones in market that are below 15 K; nothing new in this phone.

In the current smart phone arena, until you are presenting something mesmerizing (like Xiomi or OnePlus) no one is bothered even if you have big name like Samsung.
@kebiny • 09 Aug, 2014 If you use your galaxy Mobile Phones often and utilize its advanced innovations, most users will observe that they need to recharge it every day, while more prudent users will observe their galaxy phone holding a charge for many days. Having different mobile phone chargers for various situations will be very convenient since you may be able to charge your phones in unusual situations. Regular galaxy phones are simply provided with one mains charger and generally this is not adequate. There are a plethora of chargers for galaxy mobile phones like a wind up charger, USB charger, in-car charger and a substitute mains charger. To help you resolve which kind of phone charger you want we have put together this simplified purchaser's guide. For more Visit CHOETECH Amazon https://www.amazon.com/dp/B00HZF6UGG/
14.1k views

One of the CEans wrote to me - Sir, I have completed my 3rd year of mechanical engineering and final year will be starting from august. Companies will start visiting...
4k views
Read More →
Archives

I need to determine the maximum voltage swing for a Transistor circuit I have constructed. I have researched it in books and online but I'm struggling to understand it. The...
5k views
Read More →
Archives

I need an final year project proposal based on telecommunication

I need an final year project proposal based on GSM,PSTN or any thing appropriate to telecommunication engineering.
4.8k views
Read More →
Archives

Nokia has done away with it Android project, floated some rumors earlier, but now the famous @evleaks has revealed that the Finnish manufacturer is gearing up for the launch of...
3.1k views
Read More →
Archives

I might be late to the party, but just stumbled upon the following wired broadband (FTTH, I guess) plans being offered by Tata Docomo folks. Compared to what we pay...
4k views
Read More →
Channels
👨‍💻 Remote Jobs 🗞️ News 🚀 Founders Circuit 🗄️ Archives ✨ Newsletter 🕹️ Changelog
About · Privacy · Terms of Service · Contact Us · © 2005 - 2022 CrazyEngineers. All rights reserved.