@Netradeep Dhonde • 06 Mar, 2014 • 2 likes
The South Korean giant - Samsung has today launched its latest tablet - Galaxy Note Pro (32GB) in India for a price tag of Rs 65,575. At this price point, it is now the costliest Android tab in country. Apple’s iPad Air (128GB) however tops the chart with a price of Rs 65,900. The tab was unveiled at Consumer Electronics Show in January this year.

The Galaxy Note Pro flaunts a 12.2” Super clear LCD screen with a resolution of 2560*1600 pixels which brings up a pixel density of 247ppi. It also packs the S pen stylus and side mounted stereo speakers. The device is 8 mm slim and weighs 753grams. Samsung’s Exynos 5 Octa 5420 is in charge of the CPU which has 4 Cortex-A15 cores clocked at 1.9GHz & 4 Cortex-A7 cores @1.3GHz along with Mali-T628 MP6 GPU. Internal storage provided is 32GB and it is expandable up to 64GB via microSD card. 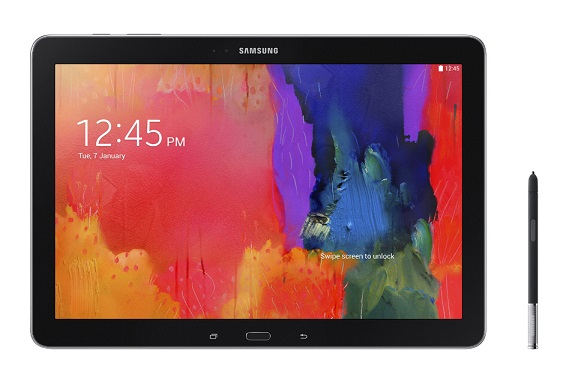 ​
It sports an 8 MP autofocus primary camera with LED flash and 2 MP front camera, both of which can record full HD videos at 30fps. As of connectivity options, the tablet supports 2G, 3G, Wi-Fi, infrared, Bluetooth 4.0, microUSB 3.0, GPS and GLONASS. The tablet is powered with a big 9500 mAh non-removable battery. The Note Pro has some pre-loaded apps like image/video editor, office document viewer/editor, Picasa, Sketchbook, etc. The tablet runs on Android 4.4 KitKat and uses its own custom TouchWiz UI on top, which brings along new version of Muti-window multitasking and many new Air commands. The new version of Muti-window multitasking now supports up to 4 apps at a time.

The device ships in two colours as black and white with faux leather finish. The company is also offering a free cover worth Rs 3,799 with the device. The tab will compete against Apple’s iPad Air, ASUS Transformer Pad TF701T and it also has some windows platform rivals as Microsoft’s Surface 2 and Nokia Lumia 2520.

So, what are your views for this Samsung’s new tablet? Share with us in comments.
@Anoop Mathew • 07 Mar, 2014 @Deepak Gopalakrishnan: Would you consider this for drawing over to your other tablets/drawing pads?
@Deepak Gopalakrishnan • 10 Mar, 2014 • 1 like I'd love to try one, Anoop. But I doubt it will have the pressure sensitivity / pure drawing capabilities of a dedicated drawing tablet. Which is why Wacom's own tablet-with-display, the Cintiq, is so darned expensive.
8k views

Why MBA After BE or Btech? - How Would You Answer This Question?

A lot of engineers among us might be trying to go for MBA after their graduation in B.E. or B.Tech.If you face a personal interview for any MBA college, you...
101.7k views
Read More →
Archives

The Chinese Start-up, Letv has decided to launch its much awaited, “Le Max Pro”, which comes with Qualcomm’s latest flagship processor, the Snapdragon Qualcomm 820. Priced at RMB 3,500 (around...
3.1k views
Read More →
Archives

I did backup of contacts in vcf file from my old HTC phone. But it was totally messed up as there are lots of contacts in phone memory from them...
6.4k views
Read More →
Archives

I have to make 2 or 3 minor projects in C++ languages so please sugeest me atleast 10-12 topics so that i can choose
5.3k views
Read More →
Archives