@Kaustubh Katdare • 04 Sep, 2013 • 1 like
Samsung Electronics, the Korean electronics giant has unveiled the Galaxy Note 3 and it's one heck of a smartphone or 'phablet' as many of you would like to call it. Just a few hours ago, Samsung finally lifted curtains over the latest in the Galaxy Series that makes all our existing phones look old and outdated. The Note 3 has been through several leaks and speculations in the recent times. Samsung did a fantastic job of protecting the gadget but it does look like some of the leaks were correct. Let's now have a quick overview of the specs, features and the price of the Samsung Galaxy Note 3 and most importantly the price of the phone once it hits Indian markets later this month or October. 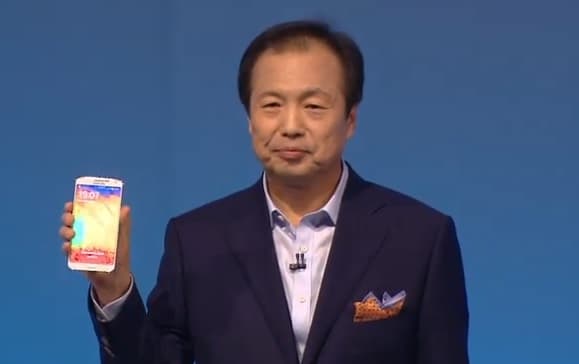 ​
There are a few things to note in the Note - It comes preloaded with Android 4.3, and will be updated to Android 4.4 KitKat once it's officially released. J.K Shin, CEO of Samsung Electronics Mobile Division informed that it's one of the first phones to support almost every 4G LTE network worldwide.

There's a new S-Pen that does much more than it did on the earlier Galaxy Note devices. Samsung's introduced a concept of dot, circle and box - each one of these will let you multitask like a pro. The coolest of these features is the 'box' - all you need to do is draw a box over any app of any size you wish and the system will open a new window in the box. You can then choose to open any application in that box. For example, if you are chatting with your buddy on ChatOn and want to perform a quick calculation, just draw a box on the ChatOn screen and then select the calculator app to perform quick calculations.

The Note 3 brings quite a few upgrades over the Note 2 in the hardware department. Check out following specs comparison chart (taken from Engadget) -

​
So, what will be the price of Galaxy Note 3 in India?

As of now, no official information has been provided by Samsung. While we promise to inform you about the official price of the gadget, we'll make a guess based on the prices of Note devices at launch in India. This time, we've to factor in the falling value of Rupee in international markets as well. If our guess is correct, the launch price of the Samsung Galaxy Note 3 in India would touch Rs. 50k.

Do let us know what you think about the phone, whether you'll buy it and what are the most astounding features according to you in this device? Note that if you are impressed by the Galaxy Gear, it's compatible only with Note 3 at the time of launch. There's no ETA on when will the Gear become compatible with older Galaxy devices.
@Kaustubh Katdare • 17 Sep, 2013 Update: The official price of Samsung Galaxy Note 3 in India is Rs. 49,900. Just Rs. 100 short of the price we had guessed - Rs. 50K! The phone will be available all over India by September 25th onwards and almost all leading online retail websites have listed the phone for pre-orders.

The price of Galaxy Gear Smart Watch is Rs. 22K! I wonder how many takers does it find in India. Only the super rich, I guess!
@Sarathkumar Chandrasekaran • 17 Sep, 2013 I think the phone may get many takers than the samsung gear watch.It will be a toughh competitor for high end phones like apple and lumia.
7.3k views

I like to celebrate my friends' and relatives' birthdays. I always try to bring some innovation to the way we celebrate it. We can make someone's birthday special by innovating...
21.6k views
Read More →
Archives

Cognizant offer letter for freshers of 2016

I m from chandigarh university, accord to university i am placed in cognizant in the on campus drive, its been more than 2 months now but havnt received any offer...
3.9k views
Read More →
Archives

Xiaomi penetrated Indian markets with their flagship Mi3 phone last year with a bang! The phone was followed up with other phones like Remi 1s and Redmi Note. After announcing...
8.3k views
Read More →
Archives

​ 1. Approximately how many people are in the production and transportation sector of the workforce? 9 million 12 million 15 million 18 million 21 million 2. Approximately what fraction...
3.9k views
Read More →
Archives