Samsung has announced a new folding phone, called the Samsung Galaxy Folder for the Korean markets. The design of the phone will take you back to 2005; when the Moto Razr phone totally dominated the smartphone markets. The phone looks beautiful and sports a large, physical keypad but also features a tall display that's touchscreen enabled. You may use the touchscreen or the physical keyboard as per your convenience.

The physical keypad sports three standard Android navigation buttons at the top and dedicated keys for camera and various SNS applications. There's a 2MP front camera for your selfies and an 8MP shooter at the back for your shooting pleasures. 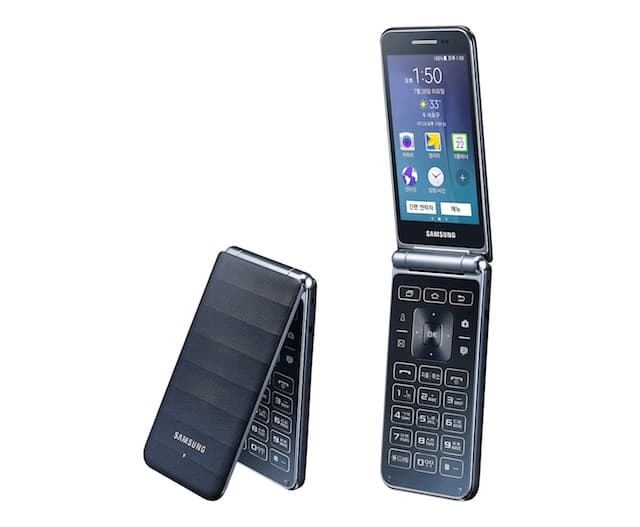 ​
The phone's packed with a 3.8" WVGA screen and runs on a 1.2 GHz quad-core processor. It boasts of an 8GB of on-board storage but you can expand it using microSD card slot. The phone's future proof in terms of connectivity as it supports 4G LTE connectivity.

Samsung has set the price of Samsung Galaxy Folder phone at â‚© 297,000 which is about US $257. The phone will start shipping sometime in August with black and white color options. It is expected to rival the LG Gentle - a flip phone LG introduced in the markets recently.

We are curious to know how many of you love flip phones. If the phone is launched in India, would you be willing to buy one? Let us know. Read more coverage of the phone on official Samsung Tomorrow page linked in the source below.

OLA Cabs is getting 99% of all their taxi cab bookings through the app and hence has decided that they will shut down the web interface in coming days. I...

Subrahmanya Rao NS hails from a small town called Puttur near Mangalore (Karnataka) where he did his schooling from a middle class family. Subhramanya's mother was a teacher and father...

The NAND flash memory was first introduced back in 1989 and it continues to be one of the most popular memory technologies even today. Engineers at Intel and Micron have...

Can anyone please tell me about dac course at vita mumbai? How's it and placements?

Which is the best engineering branch in India? How to choose?

My uncle who is a successful civil engineer came to me with that day's newspaper. He wanted to show me an advertisement for the local college. The college's ad had...