Samsung Galaxy A7 Released - Price In India And Specifications Out

@Ankita Katdare • 15 Feb, 2015
Samsung fans in India have a new smartphone to munch on as the brand new Galaxy A7 has been officially released in the country with hopes to capture the attention of the young market currently focused on Chinese manufacturers Xiaomi and OnePlus. Well ahead of the MWC 2015 event, Samsung Galaxy A7 has reached Indian shores with the price in India tag of Rs. 30,499. Wrapped up in a full metal body, the Galaxy A7 features a 5.5 inch FHD Super AMOLED display with 1920 x 1080 pixel resolution and 16M color support. The first phone from Samsung to come in a complete metal wrap is powered by a 1.5GHz Octa-Core processor and runs on the Android KitKat operating system. Let's take a look down the tech specs list in detail.

With an ability to capture 110° of range in portrait mode and 120° of range in landscape mode, the Galaxy A7's rear camera has a 13 megapixel sensor (with flash as well as autofocus) and it can capture videos at FHD (1920 x 1080) resolution @ 30fps. The selfie camera on the front has a 5.0 megapixel CMOS sensor. The Galaxy A7’s Animated Selfie mode lets you record those longer moments by snapping up to 20 continuous photos and automatically creating a sharable GIF instead of a movie. 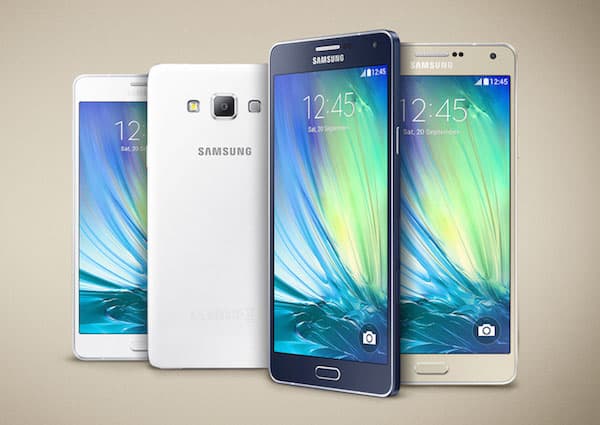 Last but not the least, you will see the the Galaxy S7 running on Android 4.4 coupled with TouchWiz UX so that some interesting features such as private mode, ultra power saving mode, multi-screen and changeable theme is at user's fingertips.

The official Samsung India eStore has made the Galaxy A7 available for buying in all 3 color options. If we take a look at the Android smartphones priced around Rs. 30,000 in India, the toughest competitors for the Galaxy A7 will be HTC One E8, Moto X 2nd Generation, Google Nexus 5 and Sony Xperia Z1. What are your thoughts on the new Galaxy series phone in India? Share with us in comments below.

I've been wondering if there's a way or mechanism to trace the current location of mobile via Internet or any other method. I recall a brief discussion we've had about...
137.3k views
Read More →
Archives

Best universities around the world for ms in automobile engineering?

hi every one! i'm a new user on this forum. i'd like to seek help to decide which university to go in i'm pursuing my b.tech 4th year now, in...
3k views
Read More →
Archives

The iconic Triumph Motorcycles, the British company that sells the likes of Thunderbird, Daytona 675 and Speed Triple bikes, did ripple excitement among bikers last year at the 2012 Auto...
3.6k views
Read More →
Archives