Renault Lodgy - Specs, Mileage And Booking Details Out Ahead of April Launch

@Ankita Katdare • 29 Mar, 2015 • 2 likes
To give the massively popular Toyota Innova and the likes of Maruti Suzuki Ertiga, Honda Mobilio and Mahindra Xylo a fierce competition, Renault India has launched its new MPV Renault Lodgy 2015. All set to hit Indian roads in the month of April, Renault Lodgy has managed to attract a lot of attention from the automobile enthusiasts in the country. Trending on Twitter with the hashtag [HASHTAG]#LiveLodgycal[/HASHTAG], the all new MPV is going to make many heads turn when it finally arrives in various brick and mortar stores across India next month. Let's take a closer look at the specs of the latest MPV, but first know that Renault India dealers have started accepting bookings for Renault Lodgy car and the booking amount is Rs. 50,000.

Previously seen in many Renault-Nissan automobiles such as Renault Duster, Sunny, Pulse, Scala, Micra and Fluence, the 1.5 liter four-cylinder K9K diesel engine will also power the all new Renault Lodgy MPV. To be made in two variants - 85 PS and 110 PS, the Renault Lodgy doesn't offer automatic transmission in any. While, the 85 PS variant produces 200 Nm of torque, and is mated to a 5-speed transmission, the 110 PS variant delivers 245 Nm of torque and is mated to a 6-speed gearbox. That bring us to the Renault Lodgy mileage. As per the ARAI tests, the company promises 21.04 km/litre mileage for 85 PS version, whereas the 110 PS version should deliver 19.98 km/litre. 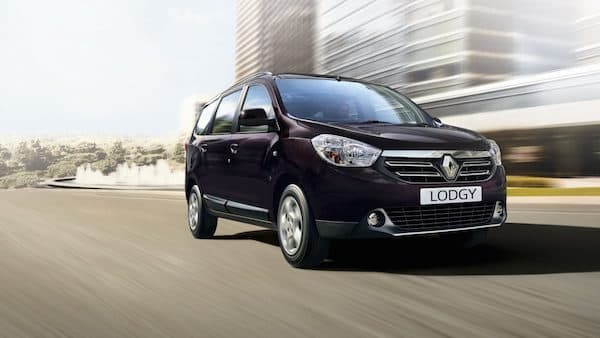 ​
Coming in two seating variants - the 8-seater and the 7-seater, the Renault Lodgy dimensions measure up to 4,498 mm in length, 1,751 mm in width, 1,697 mm in height and 2,810 mm in wheelbase. The MPV offers 275 liter boot space which can be expanded up to 1,861 liters when the last two rows are folded. Among the various security features there's ABS, EBD and dual front airbags and as for the entertainment unit there is a touchscreen Media NAV system available in the top-end variant of the Lodgy.

​
As for the pricing, sources suggest that the starting price of Renault Lodgy should be around Rs. 8-9 Lakh mark for the base level 85PS variant, whereas the more powerful 110PS variant should retail at Rs. 12-13 lakh. What are your thoughts on the new Innova and Mobilio competitor on the block? Share with us in comments below.

Source: Renault India
@vishal Lokhande • 29 Mar, 2015 MPV is very crucial segment in Indian market in such crucial stage Renault launching perfect choice for consumers ..👍...On top on that Renault offering Lodgy at very competitive price so this may again give hit to sells....let see how customers responds on this offerings....🎉
@Ankita Katdare • 30 Mar, 2015 @Vishal_lokhande True. Although, do mark that the company hasn't officially revealed the exact pricing. Hoping to update this discussion on the day of launch in the month of april.
@Kaustubh Katdare • 30 Mar, 2015 It all started with the Innova and I think that vehicle remains unbeaten. I'm worried about Renault's service. Would love to see someone doing a head to head comparison of this vehicle with Honda's Mobilio which looks like a strong contender in the segment.
@Satya Swaroop Dash • 30 Mar, 2015 Good news !! (James May reference)
Another Dacia comes to India rebranded as a Renault. First it was the Duster, and now its the Lodgy.
@vishal Lokhande • 30 Mar, 2015

Kaustubh Katdare
It all started with the Innova and I think that vehicle remains unbeaten. I'm worried about Renault's service. Would love to see someone doing a head to head comparison of this vehicle with Honda's Mobilio which looks like a strong contender in the segment.

Yes Kaustubh agree with you regarding Renault's service , as a recent incident happened in Kota , me too shocked when read this news that "Renault Duster owner from Kota,Rajasthan has “donated” his troublesome compact SUV to the local Morak Station Gram Panchayat on the condition that it would be used as a garbage collection vehicle."
d
https://www.motoroids.com/news/disgruntled-owner-donates-his-renault-duster-for-garbage-disposal/

Yep. When it comes to Renault Lodgy Vs Honda Mobilio one has to agree that it is one of the biggest rivals as it has suddenly started garnering a fan following of sorts. However, if it is priced correctly, the Lodgy might have an upper hand over Ertiga and Mobilio as it offers more space and better engine performance and people would be willing to shell out a little more. In the looks department, I guess, between Mobilio and Lodgy there is no one clear winner. Both have it pluses. While Mobilio RS version comes with body-kits, the Lodgy has blackened B-Pillar and C-Pillar to offer.

We have to wait for another few weeks to see the exact pricing of Renault Lodgy. That should clear many doubts.
@Ankita Katdare • 06 Apr, 2015 The official launch date has been confirmed as April 9th, 2015. We will update this discussion with the exact pricing and availability details by then. 😀
@Ankita Katdare • 09 Apr, 2015 .....and it's here. The official pricing of Renault Lodgy!

Ankita Katdare
.....and it's here. The official pricing of Renault Lodgy!

Ankita Katdare
@Vishal_lokhande True. Although, do mark that the company hasn't officially revealed the exact pricing. Hoping to update this discussion on the day of launch in the month of april.

@ankita : And Yes Renault introducing Lodgy at very aggressive price , this may be another game changer for them...👍😁
5.5k views

Today most of the battery operated electronic gadgets are powered by lithium ion batteries. But with the growing demand for long lasting batteries, a new substitute in the form of...
9.3k views
Read More →
Archives

10 Best MOOC And Online Courses For Computer Science On Coursera, Edx And Udacity

Consider yourself a Computer Science or an Electronics Engineer with AICTE-UGC approved university degree (if you are chained to Indian education infrastructure) and you feel, your education is not complete....
10.1k views
Read More →
Archives

which version of IS 456 is good..how it cost? pls give detail about it....thanks in advance..
4.2k views
Read More →
Archives

In Java Why Java class name and file name should be same?