Reliance 4G To Roll Out In Assam!

@Kaustubh Katdare • 20 Jul, 2013
This is the news we think a lot of us have been waiting for - Reliance to make an official entry in to the 4G Internet markets in India. TOI has reported that Reliance Jio Infocomm (aka RJIL) - the company that Mukesh Ambani has formed to take control of the 4G Internet services pan India has began work to roll out 4G network services in India, starting with Assam & northeast states. Reliance Jio executive, Mr. Tarun Jhunjhunwala, business head and state mentor has had a meeting with Assam's Chief Minister, Mr. Tarun Gogoi and briefed him about the company's plan to set the ball rolling with Assam. 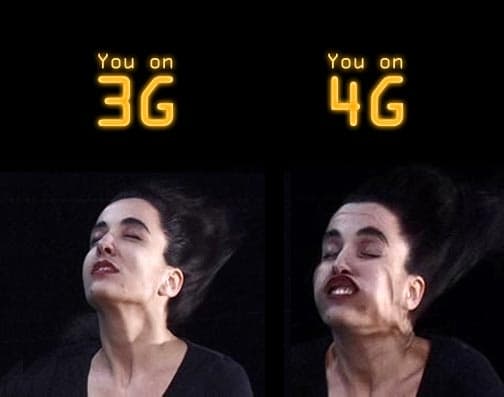 In the first phase, RJIL will invest Rs. 600 - 700 crore to setup the infrastructure and operations and later will be expanded. It's expected that the top boss Mukesh Ambani will meet Mr. Gogoi in the next few days to discuss the business further. Gogoi has informed the media that (Mukesh) Ambani had informed him about Reliance's plans to launch 4G services in Assam in 'big way'. He expects that the venture will lead to creation of about 3000 jobs in the state. We believe majority of those jobs will be engineering jobs, interested engineers should keep an eye on Reliance website.

In fact, RJIL has already recruited 100 engineers to begin the ground work and roll out the plan. The team has already began laying out optical fiber network and is installing about 800 mobile towers all over the state. The company expects that they'll be ready by the year end. The actual roll-out of the services will begin no sooner than April 2014.

Our Take: Finally, it's a pleasure to see Reliance getting into the field after creating a lot of media buzz. It all began with Reliance acquiring the Jio Infocom company by confirming their goal of rolling out 4G services in India. Industry experts have opined that Reliance will enter the 4G wireless Internet services with disruptive pricing and will offer supporting hardware so that the adoption is easier. It may be noted that 4G signal will require special hardware on the user's end and most of the phones currently available in the markets do not support 4G.

It also means that the new smartphone or tablet launches in India are likely to be 4G ready. 4G is capable of taking the broadband speeds to unimaginable 100 Mbps - which would be a significant boost over the current 3G speeds which average at about 3.2 - 7.8 Mbps.

We wish team Reliance all the best and look forward to their nationwide 4G rollout. 2014 is going to be all about 4G, we believe. What's your take?

CSK AUTO
Reliance once again lead thw way and introduces 4G.Do you think we Indians have properly utilised 3G?Is 4G too early or Too late?

Reliance isn't the first company to introduce 4G in Indian markets. It's the Airtel that launched 4G in India starting with Kolkata, Bangalore, Pune etc. Reliance entry is important because that will make sure that the other operators will have the pressure of introducing 4G services.

In addition, Reliance Jio is the only operator that has the license to offer 4G services all over India and not in just a few limited circles like most of the other telecom operators.
@lovebox • 20 Jul, 2013 Now, this is something to look forward to, especially in terms of pricing.
Additionally, the launch of 4G might bring 3G costs further down.
@Ashraf HZ • 21 Jul, 2013 What is the current maximum speed of 3G in India?
@Jeffrey Arulraj • 21 Jul, 2013

ash
What is the current maximum speed of 3G in India?

2 megabytes or 2 megabits per sec?

If 3G operators want to fully utilize their spectrum, they can opt for DC-HSPA+.. theoretical speeds of 42 Mbps (or 32 Mbps in practical conditions- no users, RF signal perfect).

I'm sure Indian operators have HSPA+ (21Mbps) enabled already?
@Anand Tamariya • 22 Jul, 2013 In my experience, more than the speed, it's the coverage which dilutes the internet experience. When coverage is there, 3G is good enough for watching youtube videos without any lag.
4.8k views

sir/mam can u specify the type of motor which is used in air coolers......
16.7k views
Read More →
Archives

Did anybody know how much will be the salary package after doing M. Tech in Mechanical Engineering from IIT?
29.2k views
Read More →
Archives

Hi, I'm new here and i have got few questions i want to ask. first of all, i'm from IP university and my exams are not going very well(not at...
21.6k views
Read More →
Archives

MS in Chemical Engineering - Which Country To Choose?

respected sir, i am planning to give the GRE exam to pursue MS in chemical engineering abroad...the problem is that i don't know in which country should i pursue my...
4.5k views
Read More →
Archives

As India is facing the burning question of whether or not the BBC Documentary 'India's Daughter' should have been banned or not, folks over at UST Global have taken some...
6.6k views
Read More →
Channels
👨‍💻 Remote Jobs 🗞️ News 🚀 Founders Circuit 🗄️ Archives ✨ Newsletter 🕹️ Changelog
About · Privacy · Terms of Service · Contact Us · © 2005 - 2022 CrazyEngineers. All rights reserved.