Debasmita Banerjee · Feb 9, 2017
Rank B3 - LEADER
The brand in talks, Xiaomi has recently unveiled its latest Redmi Note 4X specifying a range of color variants including a special edition devoted to humanoid manga idol, "Hatsune Miku" in China. Post-launch, the craze has gone viral and we are already expecting its grand release in the Indian market ASAP. Waving off to the main launch, the phone gives a tough competition to Vivo V5 Plus, Lenovo P2, Moto G5 Plus in terms of specifications. Adding a cool note, the sale will start from 14th of Feb, Valentine's day.

Keeping my excitement aside, let us see what we would soon get on our plate. The phone features a metal body with five different colors namely Champagne gold, Hatsune green, Matte Black, Cherry Powder, and Platinum Silver Gray color. The front part is stitched to a 5.5" FHD screen sporting a resolution of 1080*1920 pixels. The company has also released Hatsune special back cover shell accessory that simply gives it a proper manga touch.

Powered by a snapdragon Octa-core processor, Redmi Note 4X proposes a contemporary lag free performance. Many third party sites have criticized the Mediatek version of its predecessor Redmi Note 4 that probably led Xiaomi to change the core. No specifications regarding its GPU has been released yet, though we know a 4 GB RAM supports the system. Storage wise, it offers 32GB and 64GB variants with no information on external storage specification. The phone houses a 4100 mAh battery.

​
Lending some features from its predecessor version Redmi 4, we can expect standard networking features embedded in the system such as 4G VoLTE, Bluetooth, Micro-USB, GPS, and GLONASS. Talking about its camera, the gadget boasts of a 13 MP rear one with no information about its selfie snapper. As per the site, the price tag will be revealed on the day of love itself. Until then, they feature a competition, putting a tag - "Win 100 Red Rice Note 4X" on the site. 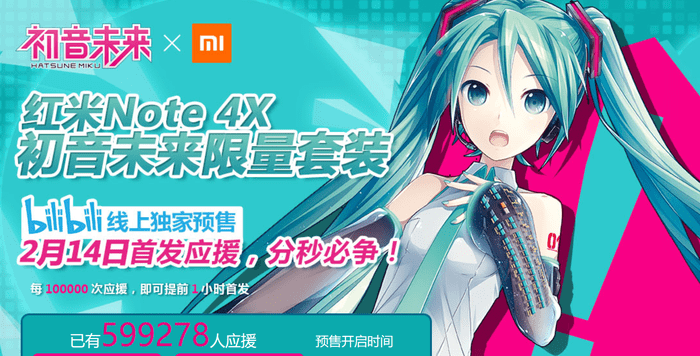 ​
Pleased to meet the Redmi Note 4X? How much does it differ from the initial leaks - Find out. If you live in China, will you put a bet on this? Let us know in the comments section below.