@Satya Swaroop Dash • 10 Sep, 2014 • 2 likes
While Apple had everybody’s attention during its iPhone 6 and Apple Watch launch event, Qualcomm Technologies announced a slew of new processors that will bring 4G LTE connectivity equipped smartphones and tablets to the masses. Qualcomm added Snapdragon 410 and Snapdragon 210 processors to its product range. The company says that devices housing these processors will not be making into the hands of the public until next year. In the article we take a closer look at the processors starting with, the Snapdragon 210 processor. 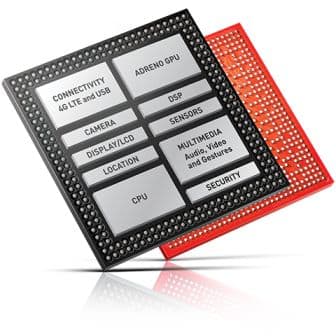 ​
The newest member of the 200 Series shall offer 4G LTE-Advanced Cat 4 Carrier Aggregation, LTE Broadcast and LTE Dual SIM/Dual Standby capabilities to entry –level smartphones and tablets. Inside this SoC you will find 1.1 GHz quad-core ARM Cortex A7 CPUs and Adreno 304 GPUs along with LPDDR2 or LPDDR3 RAMs. The devices will be able to support 1080p HD Video playback and capture with H.264 (AVC) and 1080p playback with H.265 (HEVC) codecs. Considering the budget nature of these processors, they are able to support displays up to 720p resolution. The processors will be able to support 8 megapixel camera sensors and provide software facilities such as Zero Shutter Lag, Auto Focus, High Dynamic Range, auto white balance and auto exposure. The processors come with the company’s proprietary Quick Charge 2.0 technology that enables 75% quicker recharging.

While the world is gradually switching to 4G LTE there are many markets where people are still using 3G. Keeping these markets in mind, Qualcomm Technologies has launched the Snapdragon 208 processor along with the 210. While on the inside you find the same CPU, GPU and RAM the processor is not capable of recording of playing videos that are above 720p resolution. You have a similar story with displays as the 208 cannot support videos above qHD resolution. 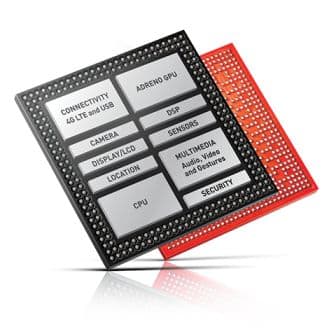 ​
Keen students of the number system will have realised by now that the Snapdragon 410 might be offering nearly twice as much firepower as its sibling, and you are right. On the inside you can find 32 and 64 bit capable Quad-core ARM Cortex A53 CPUs that can clock up to 1.4 GHz per core. Graphics support is provided by an Adreno 306 GPU and multitasking is a breeze on a 533MHz Single-channel 32-bit LPDDR2 or 3 RAM. The Snapdragon 410 Processor supports bigger displays of WUXGA (1920x1200) resolution and camera sensors up to 13.5MP.

Qualcomm Technologies also announced Qualcomm Reference Design (QRD) for the 410 and 210 processors and two new 28nm transceivers that go with them. More details can be found on the source links given below.

Some juniors were asking me about the best book for Electronic Devices And Circuits or EDC. I referred the prescribed syllabus and found out following names. 1. Integrated Electronics By...
Read More →
Archives
Facebook Twitter LinkedIn

hi everyone, I need assistance anf guidance, as I completed my btech in ECE I am confused about choosing a job oriented course , can anyone please guide me and...
Read More →
Archives
Facebook Twitter LinkedIn

Xiaomi is all geared up about the launch of its power banks - 16000 mAh and 5000 mAh. To promote these mobile accessories, the company has announced a new competition...
Read More →
Archives
Facebook Twitter LinkedIn