@Sharvari Panchbhai • 07 Aug, 2014 • 2 likes
Leigh Purnell, a graduate from Aston University has developed a compact external phone charger called Petalite Flux battery that can be used to charge your smartphones, tablets, iPod or any other gadgets, anywhere. Isn't this great? No more need to carry wired charger with you and to search for sockets for charging your gadgets. Petalite Flux can charge itself from 0% to 100% in just 15 minutes. And after charging the power bank, you can carry the device which is small enough to fit in your pocket or purse anywhere and if your smartphones or tablets require charging, at that time all you need to do is simply connect it to Petalite Flux and continue with your usual work. 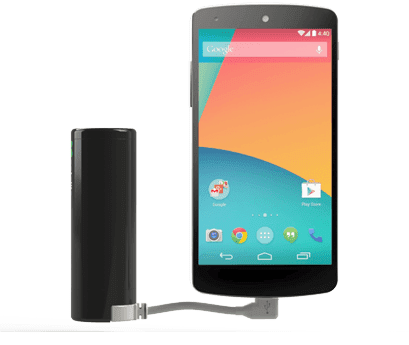 ​
The dimensions of the Petalite Flux measure 90x 30 x 30mm, and weighs a mere 95 grams. Its accessories include a universal micro USB output port and a charging dock that is available in four different colors- red, white, black and blue. If the Petalite needs charging then you only have to place it on the top of dock and it will get charged in 15 minutes. The dock provides the charge to the Petalite Flux at a rate that is 20 times faster than a USB 2.0 @ 500mA. The 15 minute charge is a whole day’s charge for a large android phone (2,600mAh) and 8 minute charge is sufficient for smaller iPhone 5s (1,560mAh). 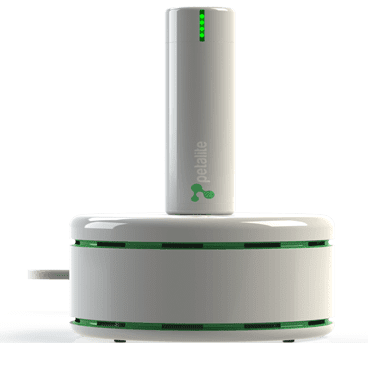 ​
With a perspective of creating world’s fastest charging power bank, Leigh Purnell, established Petalite Battery Systems in 2014 and by the end of August, Petalite Flux, will be launched on Indiegogo-crowdfunding website. 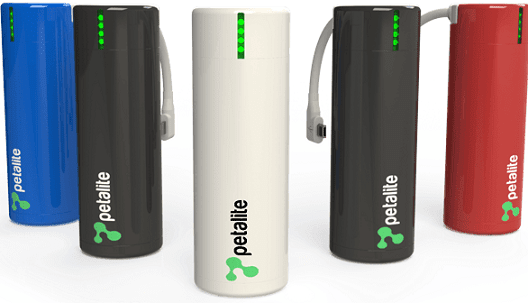 ​
It is not the first ever device created for this purpose. Recently, UNU Electronics’s Ultrapak Portable Battery Pack Series- Ultrapak Go and Ultrapak Tour portable batteries can power 8 times faster as compared to conventional battery packs. They use Ultra-X Fast-Charging Technology which enables the recharge of 2000mAh in 15 minutes.

Looking at the specs and features of Petalite, the product may capture the interest of many folks but will it be able to establish itself as a strong competitor to Ultrapak Series? For this we will have to wait until the product is launched.

Vikram S Bargah
How many phones can it charge in a single go?

It can charge one phone at a time.In a single go, it depends on the type of the device (android smartphone, iPhone, iPod, etc) you are connecting to it.
@Vipin Thomas • 07 Aug, 2014 15mins is quite fast.. Hope it doesn't discharge so fast.. How long does it take to charge the mobile? Is it faster than regular offline chargers?
@Sharvari Panchbhai • 07 Aug, 2014

Vipin Thomas
15mins is quite fast.. Hope it doesn't discharge so fast.. How long does it take to charge the mobile? Is it faster than regular offline chargers?

The Petalite Flux will charge your phone at the same rate as the regular chargers do.
10k views

If you are a student who has applied to take the BARC Online Exam in 2014, here are some of the important dates that you all should note down. BARC...
5.3k views
Read More →
Archives

I have got some project ideas for Automobile Engineers here... Over speed indication and Automatic accident Avoiding System for four wheeler Fabrication of turbo super charger for two wheeler An...
4.9k views
Read More →
Archives